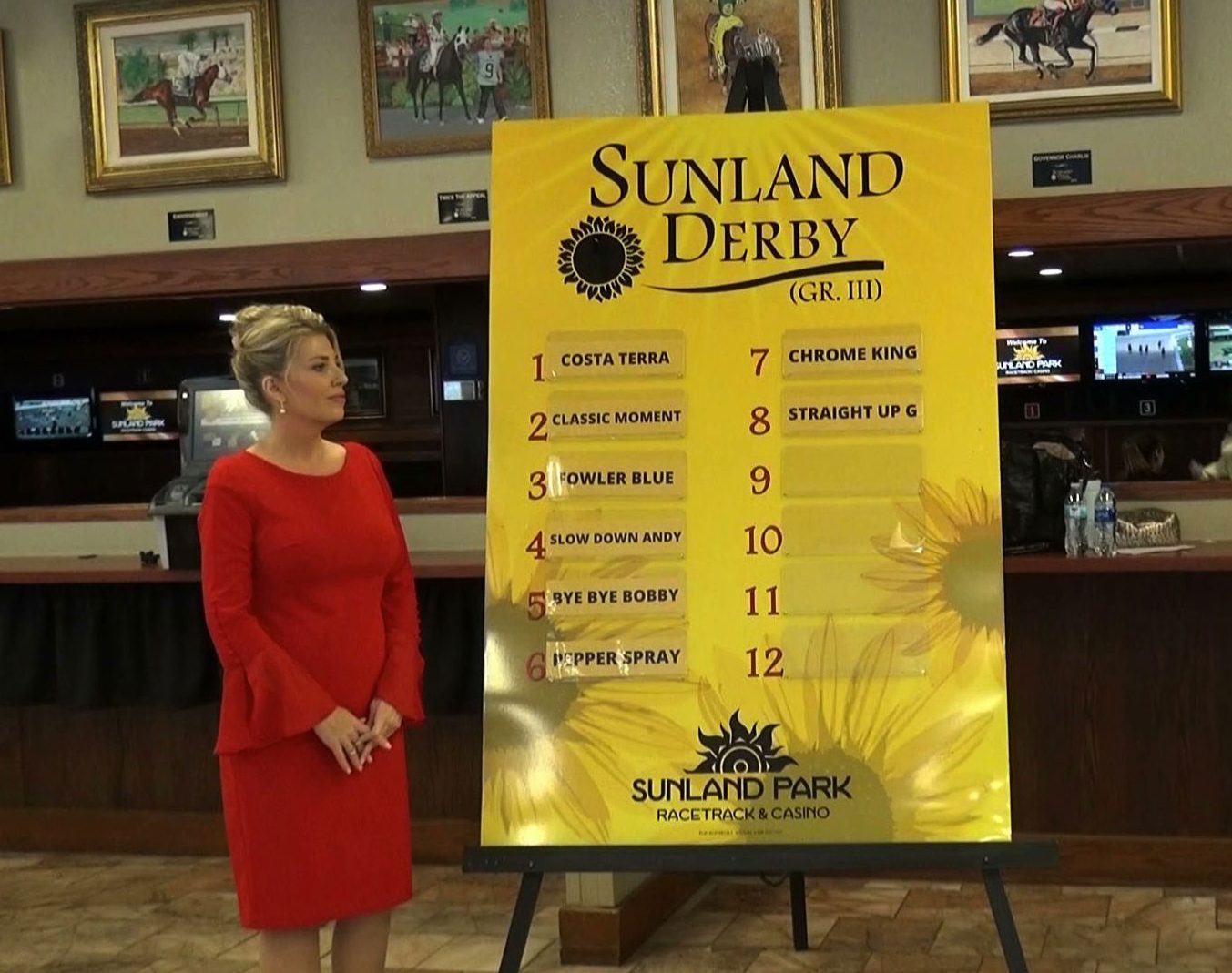 Charles and Dixie Patterson’s Mitey Political showed speed right out of the gate under jockey Sergio Dominguez, then held off a pair of late challenges to win the 33rd running of the $96,850 Grade 3 West Texas Maturity on Sunday at Sunland Park Racetrack and Casino.

The 6-year-old, New Mexico-bred son of Apollitical Jess broke clean from his midpack post in the 400-yard affair and had a short lead midway down the homestretch. Under a stiff drive, Dominguez and

Mitey Political came through in the clutch to hold off late challenges by both runner-up TLC Signature and third place finisher Apollitical Papa in the final yards, prevailing by a neck and earning the first stakes win of his career.

Trained by Donna McArthur, Mitey Political has now won three straight races and is a perfect 4-for-4 at Sunland Park. The win in the West Texas Maturity is the seventh win from 24 career starts, and the $45,519 winner’s share of the purse pads his lifetime earnings to more than $151,000.

Mitey Political ran the 400 yards in a final time of 19.26 seconds and earned an Equibase Speed Index figure of 105. Sent off as the 8-to-5 favorite, Mitey Political returned $5.40 to his winning backers. The $2 exacta with TLC Signature paid back $31.80.

The top four finishers were separated by less than a length at the wire, with Apollitical Papa nosing out Gym N Jam for the third nose across the finish line.

Live racing at Sunland Park Racetrack and Casino resumes on Tuesday with a 10-race card that begins at 12:25 p.m.

Racing Experts Julie Farr and Tom Dawson will conduct a free handicapping seminar in the Signature Showroom starting at 10 a.m. on Sunday.