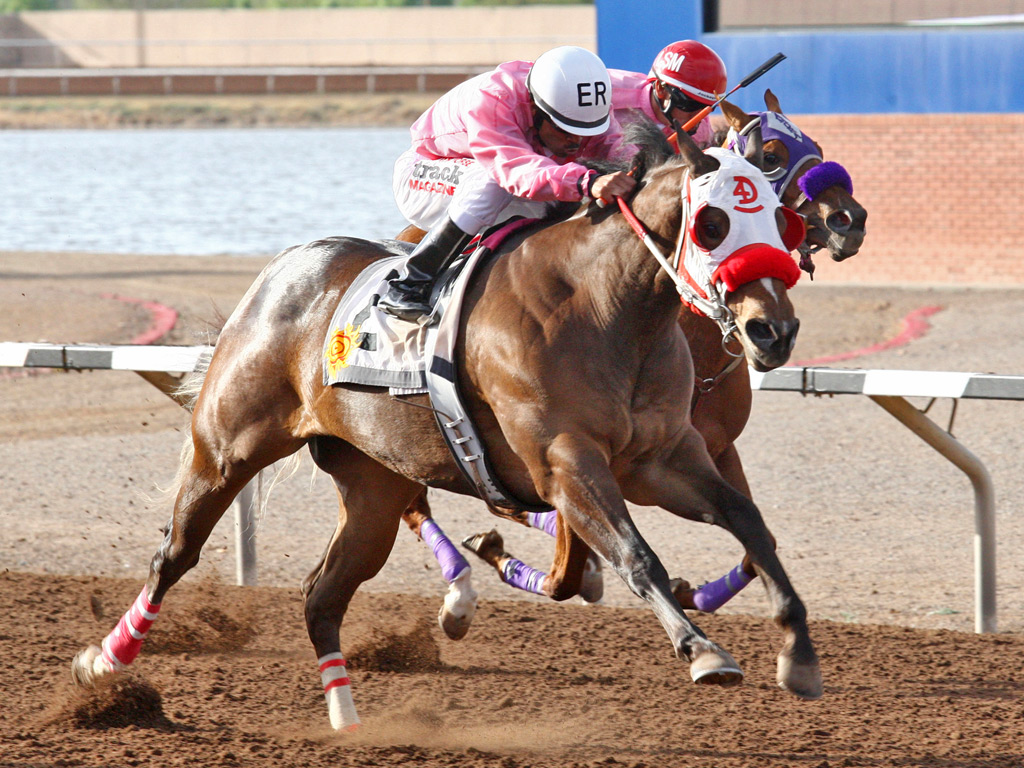 With Esgar Ramirez in the saddle, Wild Mares Milk drove through an inside opening to win the 54th running of the $162,609 West Texas Derby (Gr. III) at Sunland Park Racetrack and Casino on Saturday. 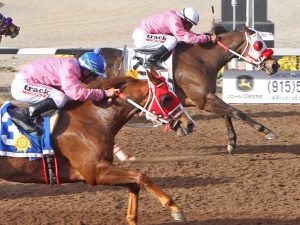 A rapidly improving three-year-old, Wild Mares Milk poured on the speed in the final 100 yards to defeat Eaglelistic by a neck at the wire. The Desirio Texas-bred filly stopped the clock for the 400 yards in a good 19.40 seconds, registering a 93 speed index. The trial winner was respected in the betting and raced as the 2-1 second choice. She paid $6.40 to win on a $2 ticket.

Trained by Fred Danley, Wild Mares Milk won for the third time in her career and earned $76,427 for the J & SM, Inc. led by Sue May of Fort Stockton, Texas. As a two-year-old, Wild Mares Milk qualified for the 2016 Ruidoso Quarter Horse Futurity. 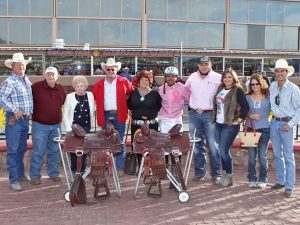 Esgar Ramirez was the leading Quarter Horse jockey in the country in 2016 and is on his way to another Sunland Park Quarter Horse riding title this season.

Eaglelistic led midway through the feature under jockey Mauro Salcedo and looked the part of a winner. The 18-1 long shot tried hard but just missed for trainer Cody Reynolds. The runner-up earned $29,270 for owner Donnie Johnson.

Always Ifs, the 7-5 favorite, made a solid finish on the outside to gain third place with Cody Jensen in the saddle. Justin Joiner trained the son of Carters Cartel. Mojo Perry, the top qualifier, produced a good effort finishing fourth, beaten a length.

Running Dragon won her third straight stakes this season after demolishing her opponents in the $85,000 Sunburst Stakes at 350 yards. 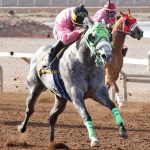 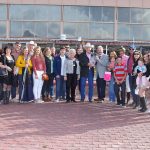 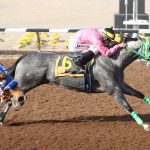 Heavily bet at 1-5, Running Dragon made no mistakes a sped to a wire to wire win in the co-featured event for New Mexico-bred three-year-olds fillies. The star filly from the Juan M. Gonzalez barn zipped through the distance in a quick 17.38 seconds to complete a hat trick of stakes wins this season. The grey daughter of Zulu Dragon was coming off impressive triumphs in the NMHBA Quarter Horse Stakes and the Shue Fly. Adrian A. Ramos has been aboard the champ in all of her Sunland Park wins.

Running Dragon won the Sunburst by a half-length over the fast charging Princess Jessie Jane. Winning owners – By By JJ, LLC. took home the $51,000 first place check. Running Dragon has now won 10 times from 12 starts and carries lifetime earnings of $572,641. She is unquestionably the top New Mexico-bred three-year-old Quarter Horse filly in training.