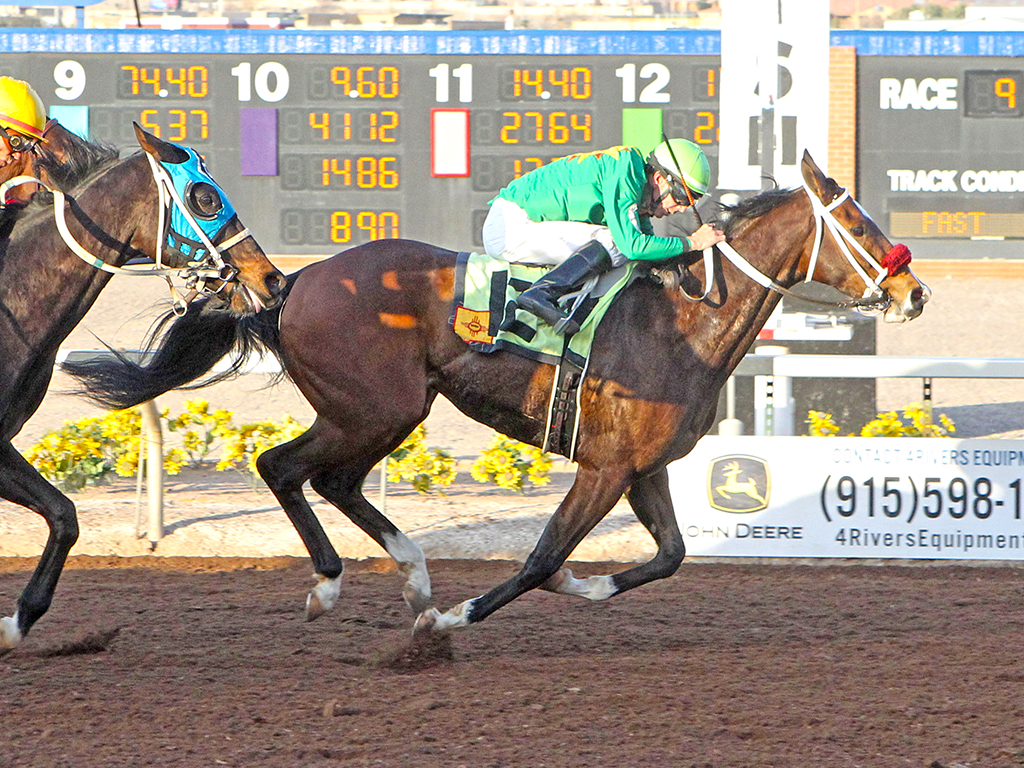 Weather Dodger stormed through the stretch under jockey Ken Tohill to take a 7-1 upset win in the $85,000 Albert Dominguez Memorial Handicap on Saturday at Sunland Park Racetrack and Casino.

Despite a wide journey, Tohill allowed his mount to settle comfortably into stride during the early stages of the 1 and 1/16 mile feature for older New Mexico-breds. Weather Dodger launched an eye catching move on the second turn and was poised for a mighty performance. The five-year-old Weather Warning gelding swept past That’s Who and G M Gage and took command in upper stretch. 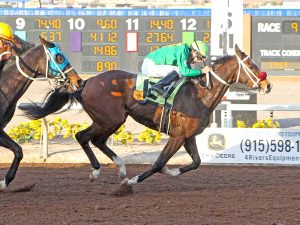 The 2015 New Mexico Breeders’ Derby winner meant business on Saturday afternoon and held off Hit a Lick to win by three-parts of a length. The victory was his fourth over Sunland Park soil and his second career stakes win for owner Lisa Rehburg of Mountain Center, California. The first place check was worth $51,000. Rehburg won the 2012 Albert Dominguez Memorial with On Down the Road.

Weather Dodger sped through the distance in a fast 1:42.51 and returned $17.60 to win. The hard charging route lover rebounded from a third place effort to That’s Who and Zia Park last time out. Trainer Joel Marr had Weather Dodger in top form in the Albert Dominguez Memorial. Weather Dodger now sports career earnings in excess of $213,000 and takes over the mantle of leading New Mexico-bred router. He defeated a stellar group of stakes winners with combined lifetime earnings of over $2 million. 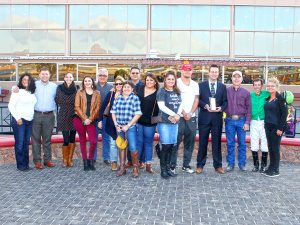 9-1 longshot Hit a Lick produced a gallant run to earn second place honors with leading rider Tracy Hebert in the saddle. The son of Attila’s Storm transitioned well to the route distance and never gave up. The runner-up earned $18,700 for owner Dale Taylor.

Shining Source weaved his way through traffic late to gain third place, beaten only a length. Liberty Lover and That’s Who finished fourth and fifth, respectively.

Surf N Ski rocketed to victory in the 8th race on Saturday and set a new track record for 6 furlongs in 1:07.50, breaking the old record held by Ribald of 1:07.60. His fractional times were 21.75, 43.72 and 55.65 seconds. The Dick Cappellucci trained speedball won by 5 and 1/2 lengths in collecting his 12th career win. Eli Diamant of Denver, Colorado is the winning owner. The former $5,000 claiming is a perfect six for six of Sunland Park soil.

Live racing resumes on Sunday at 12:45 p.m. The $205,960 Shue Fly Stakes is the featured 4th race at 400 yards. Top qualifier Magnifico Dragon has a showdown with 7-time winner Running Dragon.