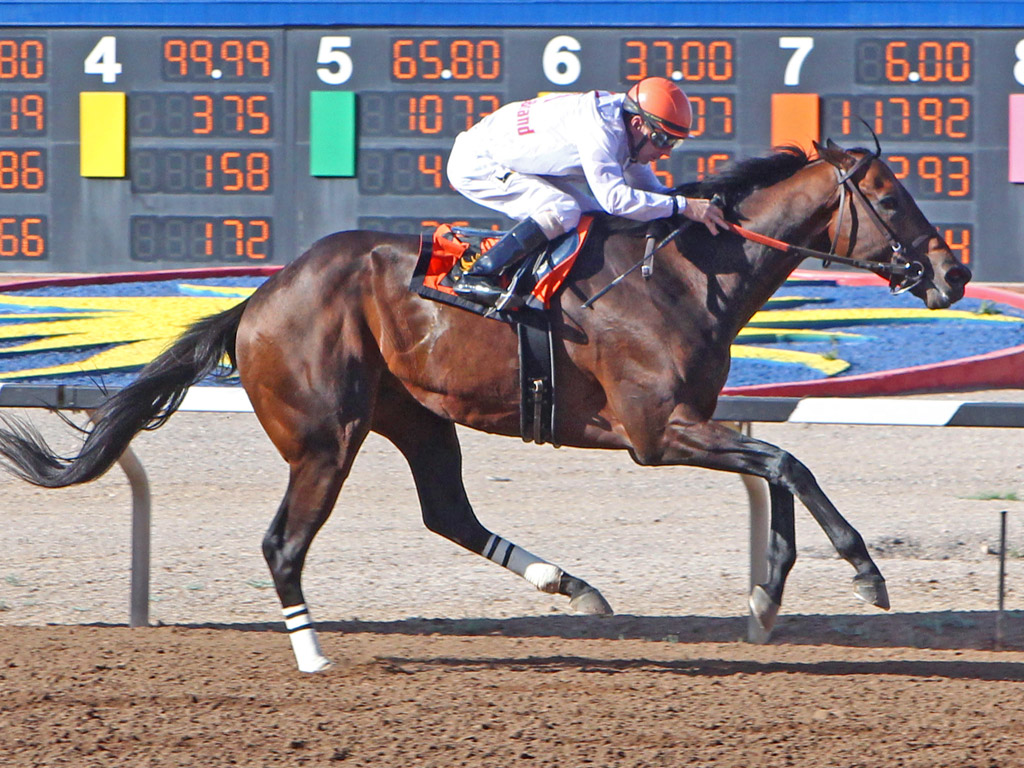 Winning for the fourth straight time this season in perhaps his most dominant career victory, Richard Keith’s American Dubai overcame a tardy start to win the 58th running of the $150,000 Sunland Park Handicap in near track-record time under Ken Tohill. 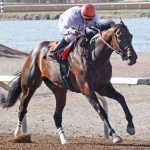 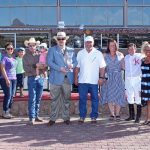 The Virginia-bred son of E Dubai was forced to rush up for a share of the early lead after a slow start. Rating just to the outside of Overland Park heading into the backstretch, Tohill easily assumed command over the field, opening up an insurmountable advantage heading into the far turn.

American Dubai, already the track record holder at one mile, which was earned earlier this season, flirted with the course record at 1 1/8 miles, drawing off in the stretch before winning in hand by 4 lengths in a final time of 1 minute, 47.44 seconds, just 7-100ths of a second off the course record set by Proceed in 2015. American Dubai holds the one mile track record at Sunland Park in 1:34.50.

In 2016, he competed against some of the top stakes company at Oaklawn Park and Churchill Downs. His five races at Sunland Park have resulted in only one defeat, that coming in a 6 1-2 furlong sprint on Jan. 15.

Sent off as the narrow 2-to-1 favorite in the Sunland Park Handicap, American Dubai paid $6 to his winning backers while adding another big paycheck to his career earnings, which now top $244,000.

Neck ‘n Neck, with jockey Alfredo Juarez, Jr., ran on late to pick up the place, ahead of Forest Mouse with Concord Fast rounding out the top four finishers.

Gulfstream Park invader Fear The Cowboy, well-supported at the windows as the second choice in the wagering, lost ground on the far turn and beat only one horse across the wire.

In Sunday’s co-featured 18th running of the $147,196 Copper Top Futurity, trainer Todd Fincher found himself in a familiar place, saddling both the winner and second place finishers in the 4 1/2 furlong stakes as On The Low Down wore down stablemate Red Raider inside the final furlong to prevail under jockey Tracy Hebert. 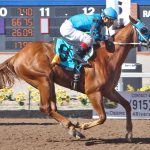 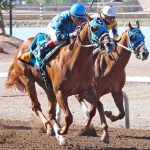 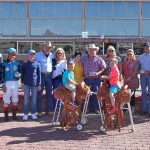 Sent off at odds of 7.20-to-1, the gelded son of Dome battled on the lead just to the outside of his heavily favored stablemate through a fast opening quarter mile of 21.84 seconds. The two raced as a pair to just inside the final furlong when On The Low Down began to inch away for the win, completing the distance in 51.17 seconds while winning by 1 1/4 lengths.

On The Low Down, owned by Dale Taylor, Bobby McQueen and Suzanne Kirby, finished second and was beaten less than a length on March 25 in the fastest trial of the day won by P J’s Gold. Fincher was confident coming out of the race and feels the best is still to come.

“I expect him to get better and keep improving,” Fincher said in the winners’ circle.

The victory propels On The Low Down’s career earnings to just over $75,500 for his connections, while the winning effort rewarded his backers at the windows with a $16.40 payout.

Red Raider, heavily favored at odds of 4-to-5, held on to finish second under jockey Alfredo Juarez, Jr., ahead of a fast-closing Storm the Beach, with Happy Resources finishing fourth.