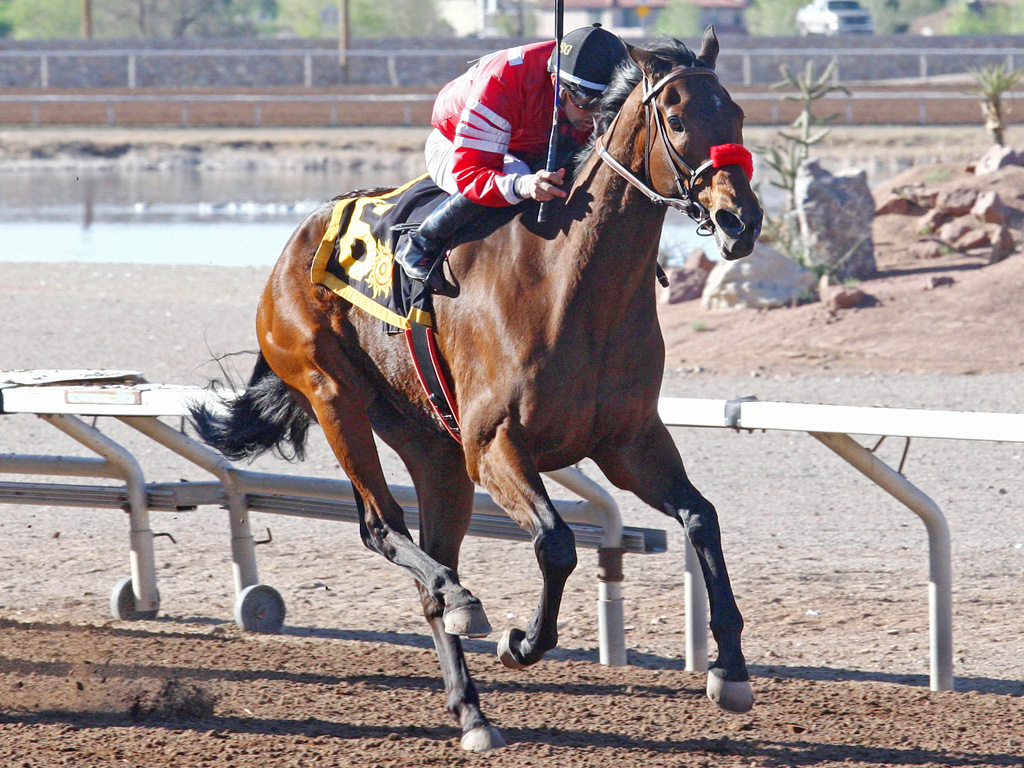 Shining Source surged in deep stretch to take a mild upset win in the 16th running of the $85,000 New Mexico State University Handicap on Saturday at Sunland Park Racetrack and Casino. 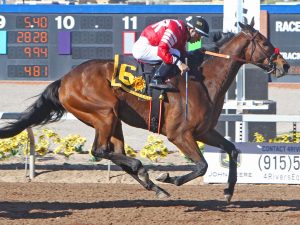 Well positioned off a hot pace, Shining Source and jockey Elvin Gonzalez waited patiently as the early pace setters did the heavy lifting in the one mile and 70 yard test for New Mexico-breds. Gonzalez rated his mount perfectly and when the real running was required, Shining Source delivered.

Shining Source tracked the lead trio of Hit a Lick, Ten Penny Cents and Weather Dodger on the final turn and found an opening on the inside to deliver a masterful stretch run. The six-year-old gelded son of Source was full of run in upper stretch and ran down a determined effort from Liberty Lover to win by one-length at odds of over 6-1. The driving winner paid $14.80 to win and was timed in a solid 1:39.83, just missing the track record of 1:39.01 held by Forest Mouse in 2013.

Trained by co-owner Blake Rust, Shining Source has been very resilient over the years winning 7 races from 30 starts including 4 second and 5 thirds. His winning share from the NMSU Handicap was $51,000. He has earned nearly $230,000 in total for winning owners – The Barton Ranch Stables, LLC and Blake Rust. 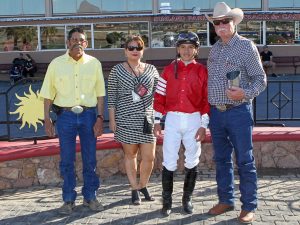 Liberty Lover and jockey Ry Eikleberry produced a potent move in upper stretch and opened up a lead. The 8-1 shot and 2014 winner of the Red Hedeman Mile looked like a winner but had no answer for Shining Source in the final stages. The runner-up earned $18,700 for local owners Kirk and Judy Robison. Henry Dominguez trains the sturdy son of Diabolical.

Streaks Bro closed with interest to gain third place. The 4-1 shot completed a $1 trifecta worth $346.40.

8-5 favorite Hit a Lick weakened in deep stretch after vying for the lead with a wide journey on both turns. The well bred son of Attila’s Storm finished fourth, beaten 3 lengths. Ten Penny Cents wound up a well beaten fifth. Weather Dodger ran out of steam in sixth place.

Sunland Park’s biggest day happens on Sunday, March 26 with the 14th running of the $800,000 Sunland Derby (Gr. III). A 10-race all-Thoroughbred stakes filled card worth over $1.5 million will be on the line. The $200,000 Sunland Park Oaks starring Grade 1 stakes winner Noted and Quoted will be one of the co-features. A very deep field with some of the nation’s top trainers and jockeys is expected for the Sunland Derby (Gr. III). The post-position draw takes place on Wednesday.