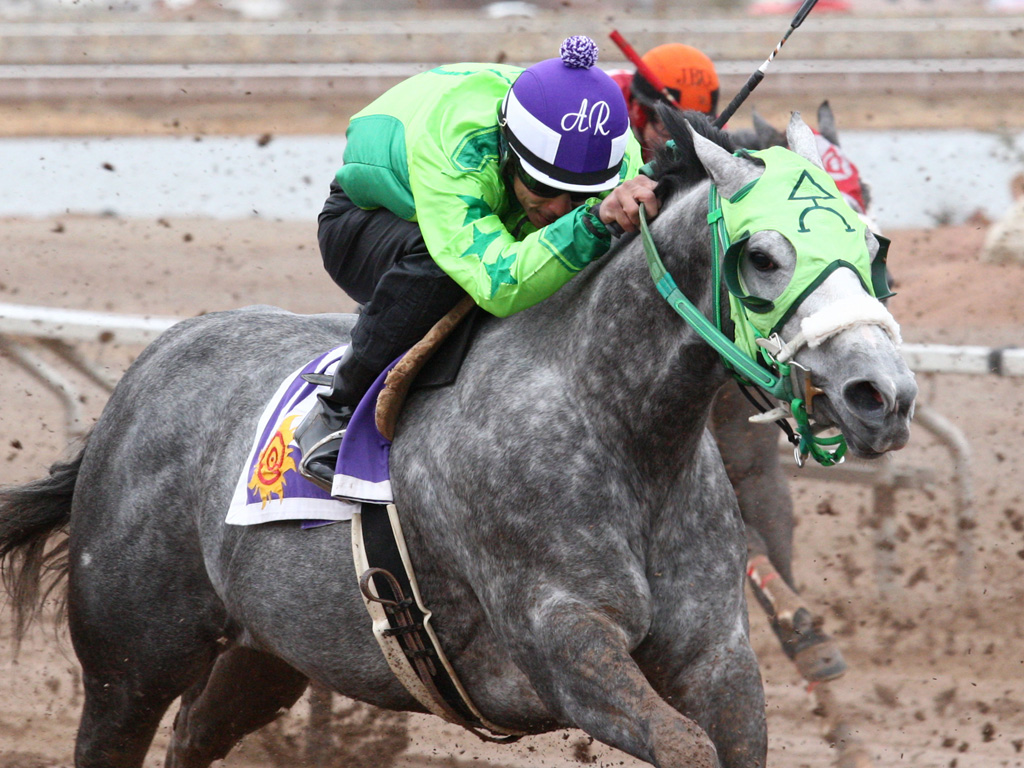 In a flawless performance, Running Dragon sped away to a convincing win in the 45th running of the $205,973 Shue Fly Stakes on Sunday at Sunland Park Racetrack and Casino. 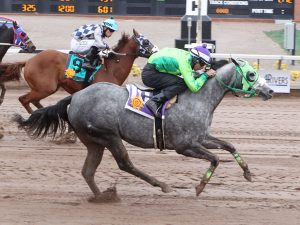 With Adrian A. Ramos at the helm, Running Dragon broke well and confronted top qualifier Magnifico Dragon early on in the 400 yard stakes for New Mexico-bred foals of 2014. Running Dragon powered past her rival in mid-stretch to win by a half-length. She caught the 400 yards in 19.416 seconds over a muddy track, good for a 92 speed index. The second favorite paid $6.80 to win.

The New Mexican Spring Futurity and Mountain Top Futurity winner from 2016 looks great in 2017 and should be one of the top New Mexico-bred three-year-old Quarter Horses. The daughter of Zulu Dragon trained by Juan M. Gonzalez won for the 8th time in 10 starts. Running Dragon remains unbeaten in 4 starts over Sunland Park soil. She earned a massive pay day of $96,808 for the By By JJ LLC led by Nahum Prieto of El Paso, Texas. The fast filly avenged a prior loss to Magnifico Dragon last fall at Zia Park. 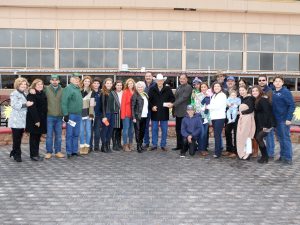 3-5 favorite Magnifico Dragon broke strongly and led briefly under jockey Mauro Salcedo. The 2016 New Mexico Cup Classic Futurity winner ran a strong race but could not hold off his arch rival. The Zulu Dragon gelding had to settle for second, finishing three parts of a lengths in front of First Kool Moon. The runner-up earned $37,075 for owner Daniel Balderama of Las Cruces. Magnifico Dragon came into the Shue Fly with 4 career wins.