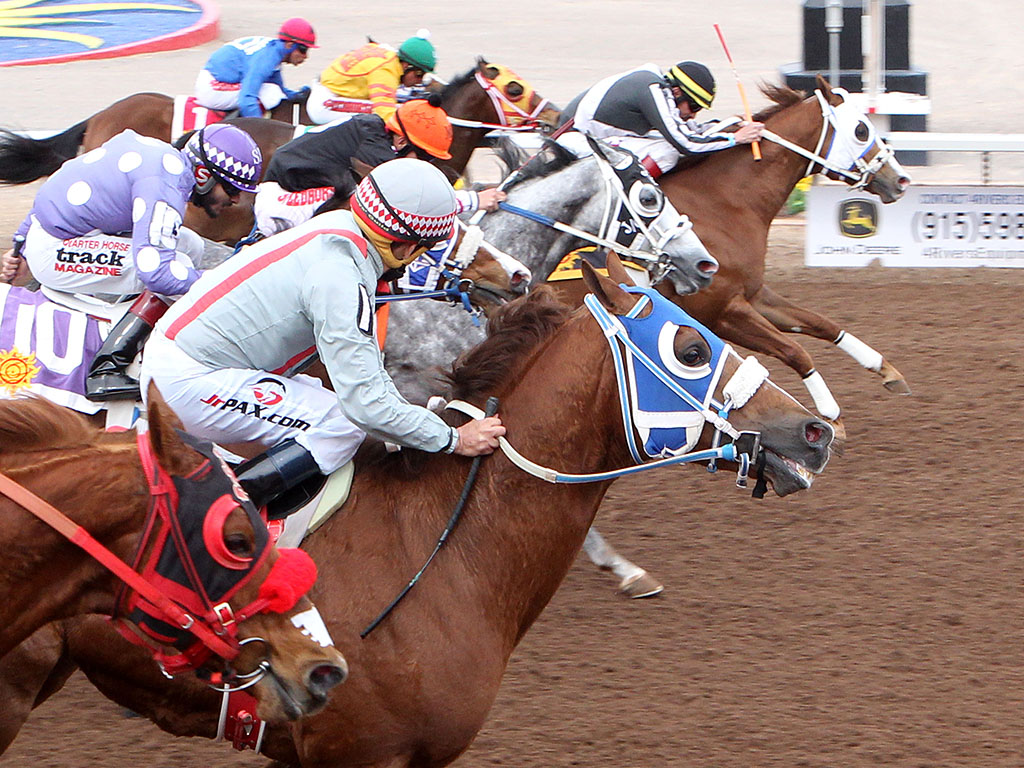 Earning his first stakes win in nearly a year, New News scored an upset win Sunday in the 14th running of the $50,000 Rio Grande Handicap at Sunland Park Racetrack and Casino.

Owned by Cesar Sanchez and Nathaneal Pallanes and trained to victory by Arturo Chavez, New News was prominent from the start under jockey Jaime Leos, who kept the 4-year-old Texas-bred gelded son of Majestic Cartel within close range of dueling leaders Magnifico and Maize N Blue early in the 350-yard event.

Leos urged New News to the lead in the final 100 yards before holding off the late rally of One Runaway Jess, who just missed under jockey Porfirio Cano.

Sent off at odds of 10.50-to-1, New News prevailed by a head, crossing the finish line in a swift final time of 17.25 seconds, earning an Equibase Speed Index figure of 96 and returning $23 dollars to his winning backers. 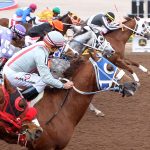 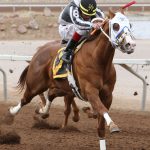 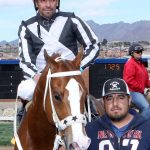 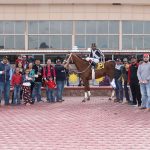 The Rio Grande victory is the first for New News since last April’s Grade III West Texas Derby at Sunland Park. In his most recent start, New News was third against conditioned allowance company here on February 1. Prior to that, he was off the board in both the Lovington Stakes at Zia Park last December and the All American Gold Cup last September at Ruidoso Downs.

One Runaway Jess completed the exacta, which returned a healthy $312 for each $2 bet. Ganster Americano finished third, with Siximoons rounding out the top four. There were seven horses within a length at the finish.

Post time favorite Mystic Blues was never far back of the leaders, but wound up finishing fifth under Sergio Becerra, Jr. Morning line favorite Cds Wine N Dine as well as Walcott were both scratched earlier in the day.