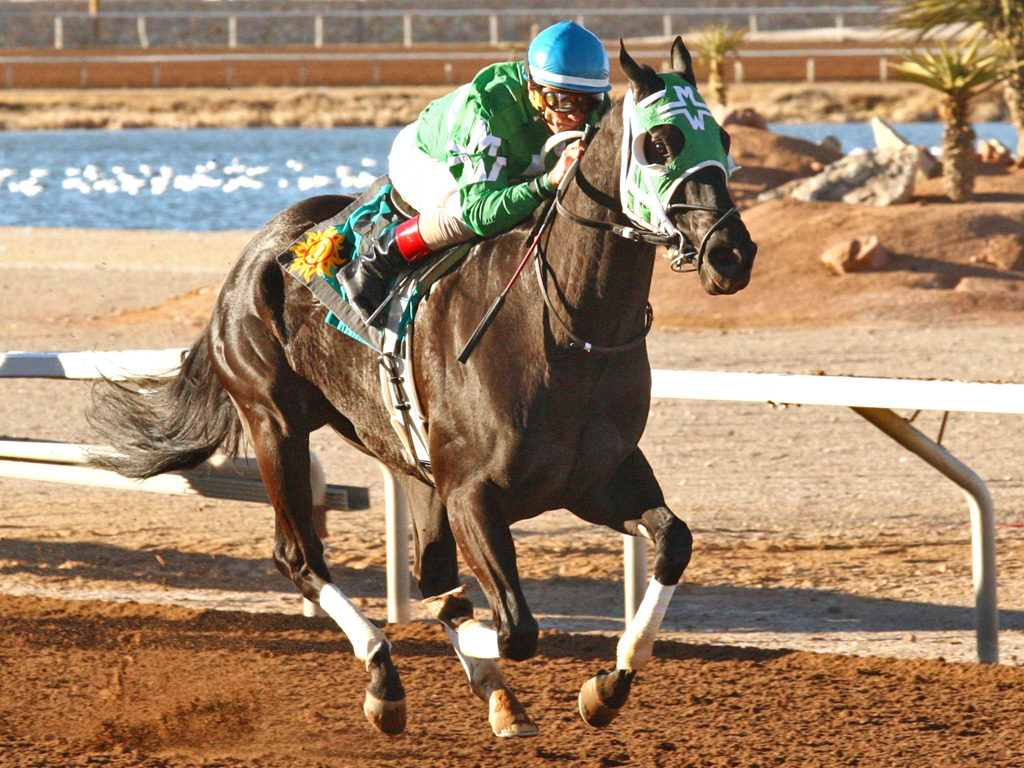 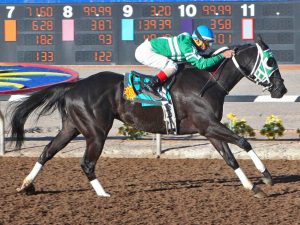 In a brilliant performance, Not My Note scored a scintillating win in the $85,000 Mt. Cristo Rey Handicap going four and one-half furlongs. Under Tracy Hebert, the heavy 3-5 favorite relaxed kindly after the break and went on the attack at the quarter pole. The Johnie L. Jamison Handicap winner swept to the front with ease putting away Weappear and Infinite Bull at the top of the stretch.

Not My Note galloped away under only mild encouragement to a four and one-half length victory in near track record time. He stopped the clock in 49.52, just off the track record 49.43 held by Key’s Band in 2009. 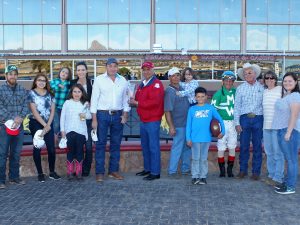 Under the direction of the trainer Simon Buechler, Not My Note is now the premiere New Mexico-bred sprint kingpin in stakes races in distances ranging from four and one-half furlongs to six and one-half furlongs. His eighth career victory was $51,000 for owner Michael Weatherly. The knockout sprinter has now earned over $262,000 in 14 starts. The five-year-old gelded son of Fusaichi Zenon is at the top of his game.

Weappear held on for second after battling for control for the pace. The runner-up trained by Nancy Summers and ridden by Duane Sterling finished three-parts of a length in front of Wyatt and D E Lover. Wyatt just edged out D E Lover for third in a photo finish. Infinite Bull finished fifth after dueling for the early lead.

Live racing resumes on Sunday at 12:45 p.m. An accelerated program of 9 thoroughbred races will take place. Post time for the 9th race is 4 p.m., allowing plenty of time for fans to watch the Super Bowl on the big screens Televisions on-track.