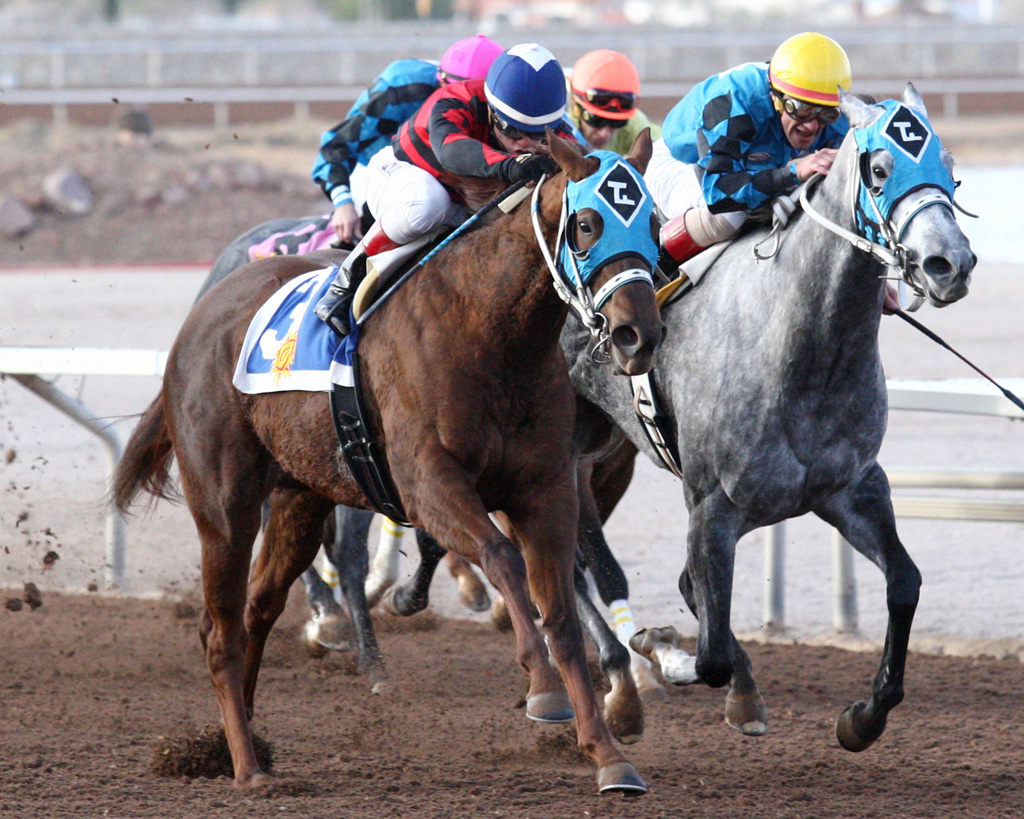 Under a well calculated ride from Alfredo Juarez, Jr., Bryn’s Fancy Pants gained momentum fast in mid-stretch and was too much for her heavily bet stablemate down the lane. The fast closing stretch runner won by a half-length and remained unbeaten over Sunland Park soil. Last year, Bryn’s Fancy Pants won the La Senora Handicap. She was one of four horses in the race trained by Todd Fincher. The other three were Diabolical Dame, Tijuana and Tilla Cat. 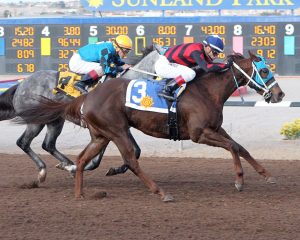 Bryn’s Fancy Pants collected her sixth win from seven starts on Sunday. She paid $15.20 to win and earned $51,000 for owners Dale Taylor, Carey Taylor and Jon Hogg. The winning time for the 6 furlongs was a fast 1:08.36.

Diabolical Dame was bet down to 4-5 odds and did look like a winner passing the quarter mile marker. She briefly swept to the front under jockey Tracy Hebert but could not hold that advantage. The multiple stakes winning filly had to settle for second, well clear of Desert Stepper and Tijuana who dead-heated for third.

Not My Note speeds away in $85,000 Johnie L. Jamison Handicap

Not My Note was absolutely brilliant on Sunday and sped clear to  a runway 2 and 3/4  length win in the $85,000 Johnie L. Jamison Handicap. Jockey Tracy Hebert placed Note My Note in a perfect striking position following the break from the #12 post position in the six and one-half furlong race.

Passing the quarter mile marker, Not My Note cruised up the lead and took total control of the feature race. He sprinted clear and hit the wire in time of 1:14.37, less than a second off the track record of 1:13.45 held by Isn’t He Clever in 2013. 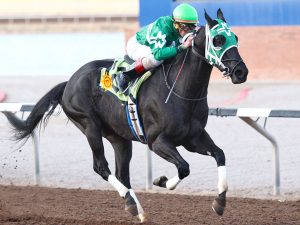 Not My Note cruised up the lead and took total control of the feature race.

Not My Note’s seventh career win was worth $51,000 for winning owner Michael G. Weatherly of Mesquite, New Mexico. The 7-5 favorite paid $4.80 to win. Four of his career wins have come over Sunland Park soil.

Winning trainer Simon Buechler said, “He’s matured nicely and learned to relax. We got the perfect hole to day. He’s getting really good.”

Forger made a late rally to secure second place under Alfredo Juarez, Jr. Citizen Geller picked up steam in deep stretch to get third, beaten over 4 lengths. D E Lover never got untracked and finished a distant ninth.

Live racing resumes on Tuesday and Wednesday at 12:45 p.m.