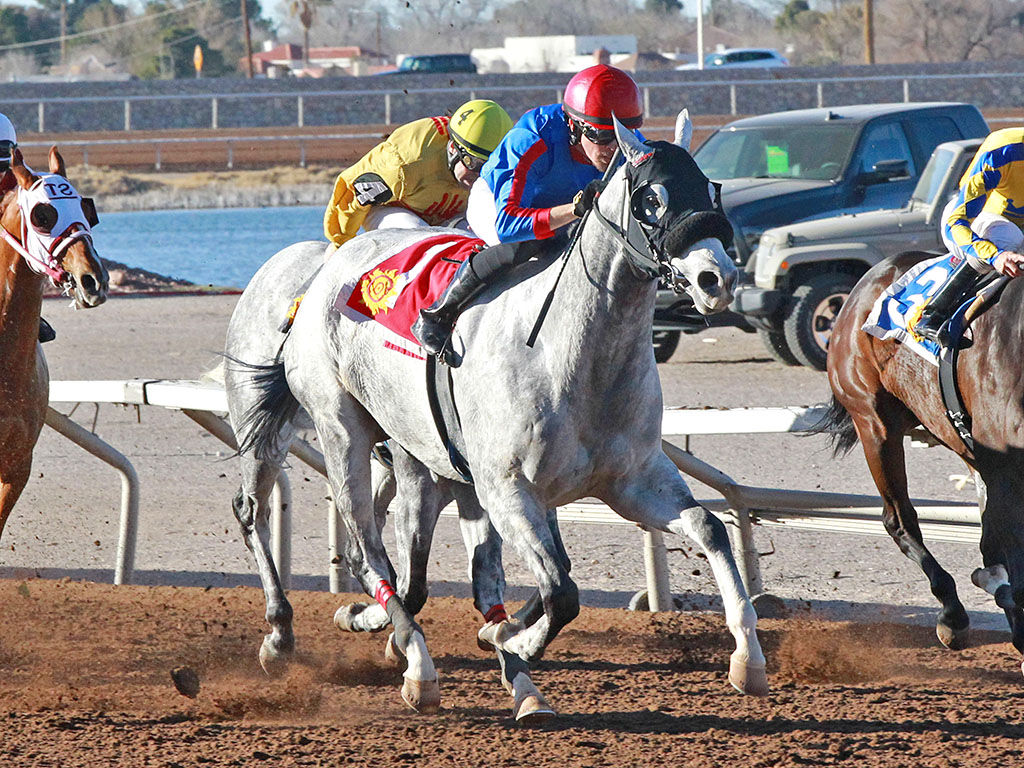 New Mexico-bred stakes champion Citizen Geller came through as advertised with a brilliant come from behind victory in the 14th running of the Mt. Cristo Rey Handicap on Sunday at Sunland Park Racetrack Casino and Hotel.

Well handled by leading jockey Ry Eikleberry, Citizen Geller waited patiently off a fast pace prompted by Weappear in the four and one-half furlong feature. Eikleberry gave the 8-5 favorite his cue to attack at the top of the stretch, and the swift Pro Prado gray gelding produced a furious charge. The six-year-old inhaled Weappear in deep stretch and charged through the final yards to win by nearly a length. He clocked the distance in a fast 50.14 seconds. 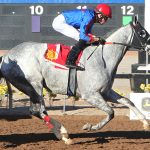 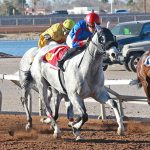 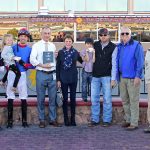 The 2016 Mt. Cristo Rey winner was coming off a stellar 2017 campaign when he won both the O.D. McDonald and Casey Darnell Handicaps at Albuquerque last summer. His 9th career win on Sunday was worth $51,000 for the UK USA Stables led by Larry and Denise Nichols. Citizen Geller ranks as one of the top New Mexico-bred sprinters in recent memory. His career bankroll is closing in on $400,000. Trainer Justin Evans has led the champion to three stakes wins in less than 7 months. The winner paid $5.20 to win.

Tilla Cat ran a very strong race while facing the boys. The $85,000 New Mexico State Racing Commission Handicap winner commenced a 6-wide rally and finished a solid second with Tracy Hebert aboard. The runner-up trained by Todd Fincher showed much resolve in the stretch drive. The five-year-old mare earned $17,000.

Big Hitter closed with interest up the rail to gain third place. The Todd Fincher trainee outran his 12-1 odds.