Mama Was A Rocket pulled clear inside the final furlong to earn her first career stakes win for trainer Todd Fincher, scoring a clear decision in Sunday’s $100,000 La Senora Stakes at Sunland Park Racetrack and Casino.

Ridden by Felipe Valdez, the 3-year-old daughter of Diabolical was prominent throughout in the 6-furlong event for state-bred fillies. She dueled on the lead with post time favorite Hannah’s Highlife through a moderate half-mile time of 46.52 seconds. Valdez rode two winners on the card.

Hannah’s Highlife, ridden by Francisco Amparan, appeared to have the advantage as the field turned for home, but Valdez and Mama Was A Rocket re-rallied along the inside, inching clear inside the final 100 yards before winning by 1 1/4 lengths. Mama Was A Rocket stopped the clock in 1 minute, 11.99 seconds.

Owned by J. Kirk and Judy Robison, Mama Was A Rocket ran second in her most recent start on Dec. 13 against allowance company. Prior to that, she was third in the New Mexico Classic Cup Lassie Championship Stakes at Zia Park on Oct. 30. Sunday’s win marks her second victory from six starts while padding her career earnings to nearly $90,000.

Sent off as the second choice on the toteboard at odds of 2.70-to-1, Mama Was A Rocket returned $7.40 to her winning backers. Crossfire Cowgirl rallied late down the center of the course to get the place under jockey Alfredo Juarez, Jr. The exacta with the two top finishers returned $25.

Hannah’s Highlife, sent off at odds of 1.70-to-1, weakened to third while Doer Not A Faker rounded out the top four finishers.

Live racing resumes at Sunland Park Racetrack and Casino on Tuesday, with a nine-race, all-thoroughbred program that gets underway at 12:25 p.m. local time. 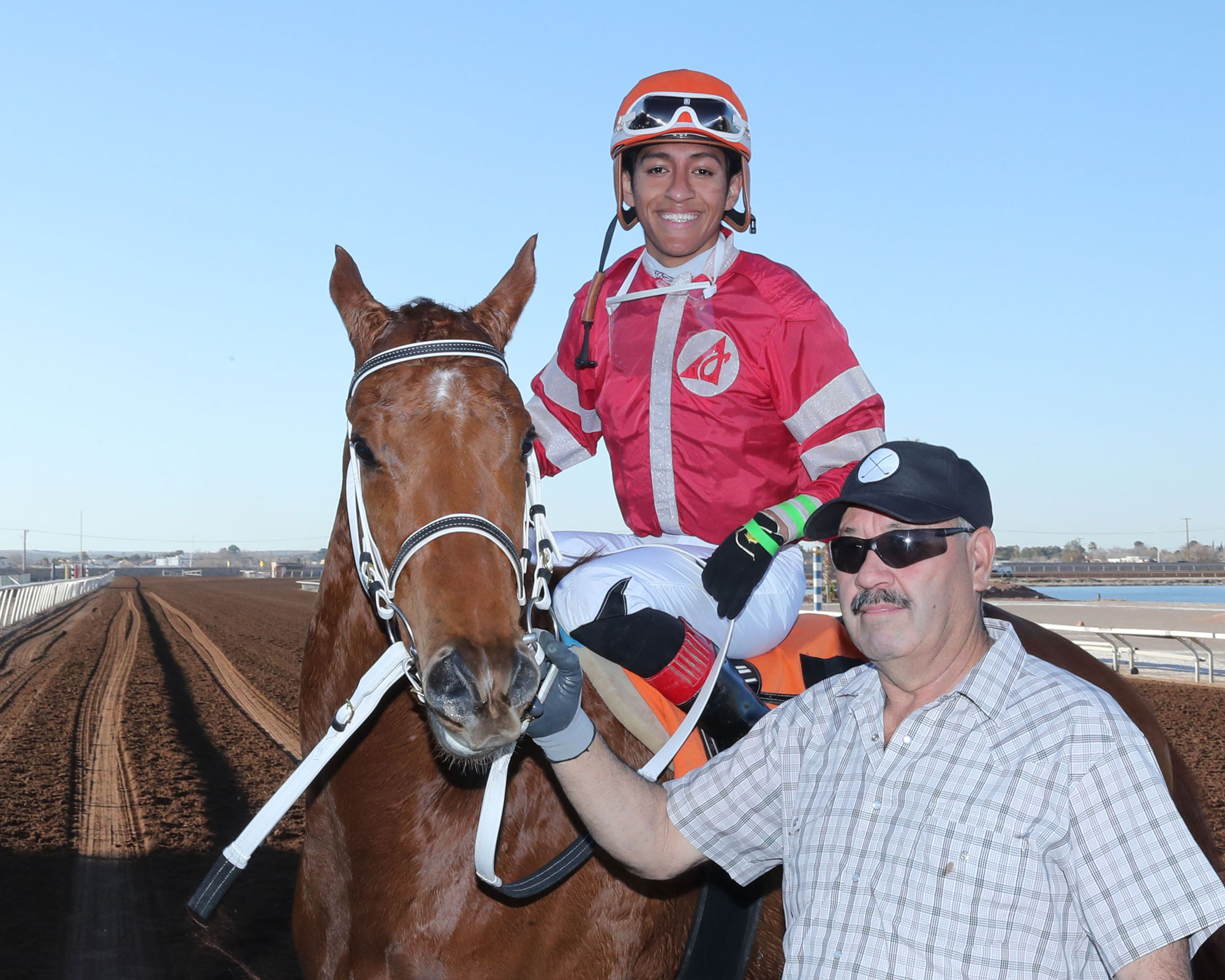