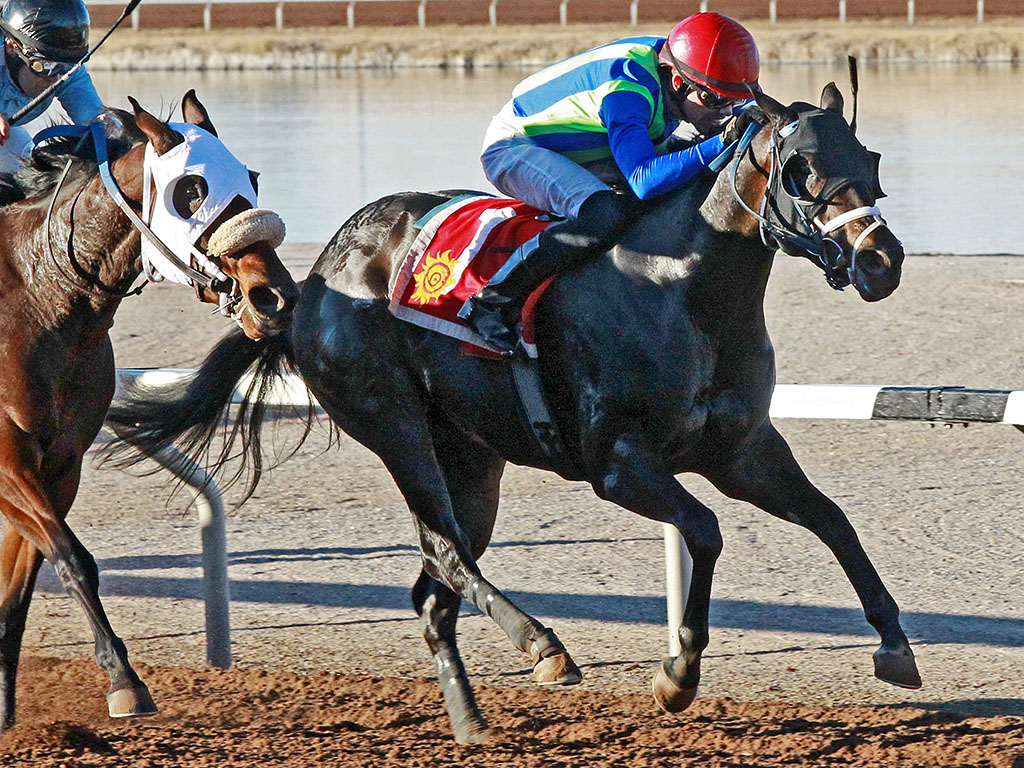 The unbeaten daughter of Diabolical set a wicked pace early, lost the lead in upper stretch, and came back to win the 6 furlong feature in the final jumps. Fast Gator responded bravely for jockey Ry Eikleberry to win by a half-length in a time of 1:09.16 and remain unbeaten in 4 starts. The 4-5 favorite trained by Henry Dominguez rates the top New Mexico-bred 2-year-old Thoroughbred for 2017. She earned $51,000 for local owners Kirk and Judy Robison. The 3-time stakes winner completes the year with earnings topping $204,000. She set a fast tempo of 21.68 and 44.13 seconds for the first two calls and still prevailed. 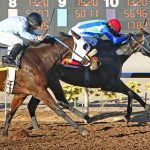 15-1 long shot County Club Cutie ran the race of her young career for trainer Dallas Barton. The brave filly roared with a wide run to take the lead in upper stretch and put the favorite to the test. The Quinton’s Gold filly just missed under jockey Duane Sterling in her only second career start. She earned $17,000 for J.H. Barton, Barbara Barton and the estate of J.D. Barton.

Under jockey Alfredo Sigala, Princess Jesse defeated 40-1 longshot Straw Fly Flower by three parts of a length. The Jesse James Jr. mare owns 9 wins from 18 starts for trainer Vance Mikkelson. Saturday’s pay was worth $51,000 for the Mikkelson Racing LLC. The powerhouse mare has earned nearly $400,000 in her brilliant career. She covered the distance in a sharp 19.403 seconds, good for a 92 speed index. 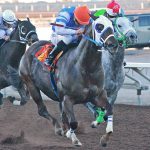 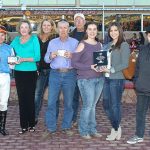 Running Dragon and Carson City Girl wound up in a dead heat for third, one length behind the winner.

The 9th race is the 26th running of the $65,000 Bold Ego Handicap for fillies and mares racing five and one-half furlongs. The 8th race is the $85,000 Four Rivers/John Deere Stakes at 6 furlongs.