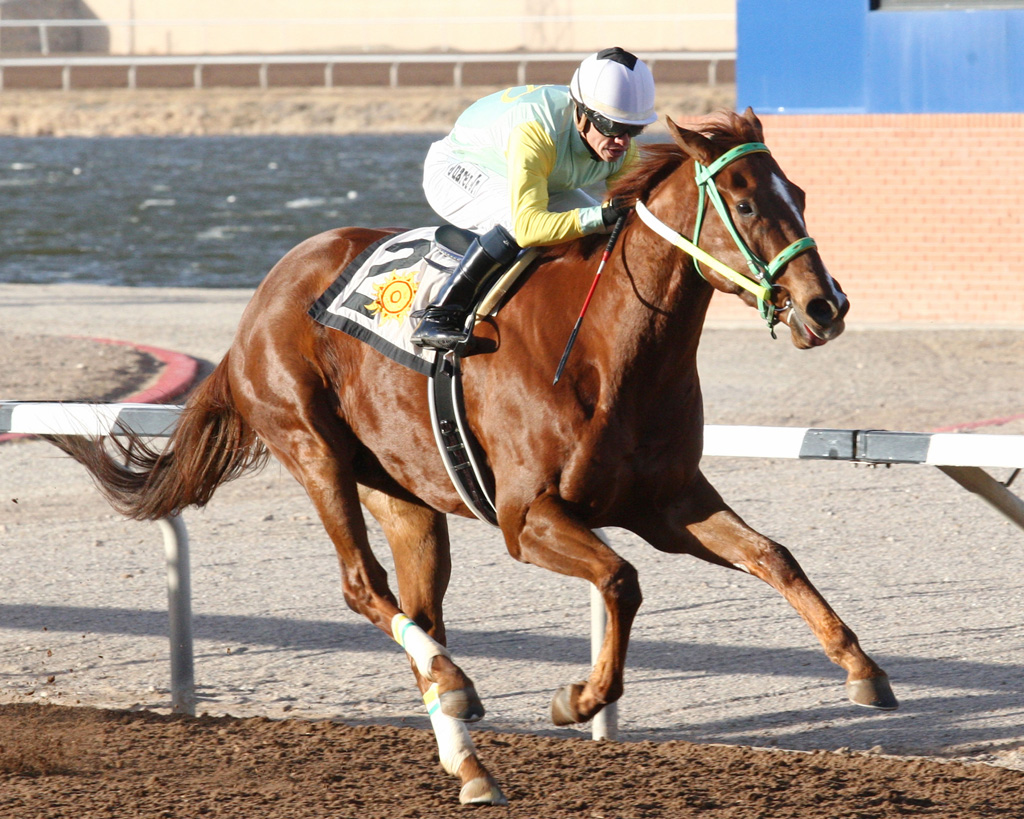 Chief Cicatriz remained unbeaten in 4 career starts after sparkling win in the 27th running of the KLAQ Handicap at Sunland Park Racetrack and Casino on Saturday. 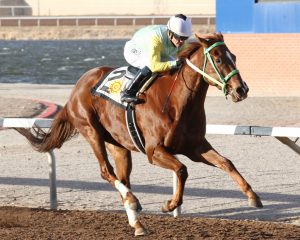 With jockey Alfredo Juarez, Jr in the saddle, Chief Cicatriz battled Redneck Humor for the early lead and the duo stuck together like glue until the homestretch. Chief Cicatriz sped into the straightaway with plenty in the tank and moved well clear. The race was essentially over in mid-stretch and the Shawn Davis trained start gained his first career stakes win in his Sunland debut.

The four-year-old gelded son of Munnings rolled to a 3-length victory and sped through the 5 furlongs in a fast 56.60 seconds. He earned $39,000 for winning Roy Gene Evans. Chief Cicatriz raced as the 8-5 favorite and paid $5.40 to win.

Let go at over 7-1, Seeyalateralligator raced away to an upset victory in the 20th running of the Jess Burner Memorial Handicap.

The former stakes winner trained by Wes Giles regained his old form and steamrolled the best older New Mexico-bred quarter horses by 1 length in the 400 yard feature. In the process, Seeyalateralligator earned a qualifying berth for the $350,000 Championship at Sunland Park (Grade 1) to be run in two weeks on Saturday, December 31. 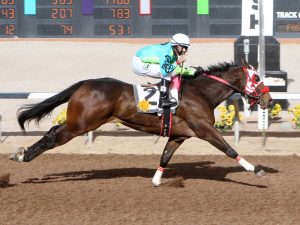 Under jockey Salvador Martinez, Seeyalateralligator rocketed away from the gates and established a strong early lead. The four-year-old gelded son of Winners Version showed speed all the way and caught the distance in a fast 19.11 seconds with a strong tail wind blowing. He was in complete control all the way and paid $17.00 to win. The victory was $51,000 for owners Ezra Elton Lee and Jason Giles. Ironically, Seeyalateralligator’s last win came at Sunland Park in the 2015 NMHBA Quarter Horse Stakes.

Justified by Chicks and jockey Esgar Ramirez finished second followed by Play Misty Foreme who was a neck back in third. The $1 exacta paid $56.50. The $1 trifecta paid $278.40.

Klassic Strawfly had his 5-race win streak snapped in the Jess Burner. The prolific 10-year-old could not make up the deficit following a slow start. He finished gamely in fourth place.