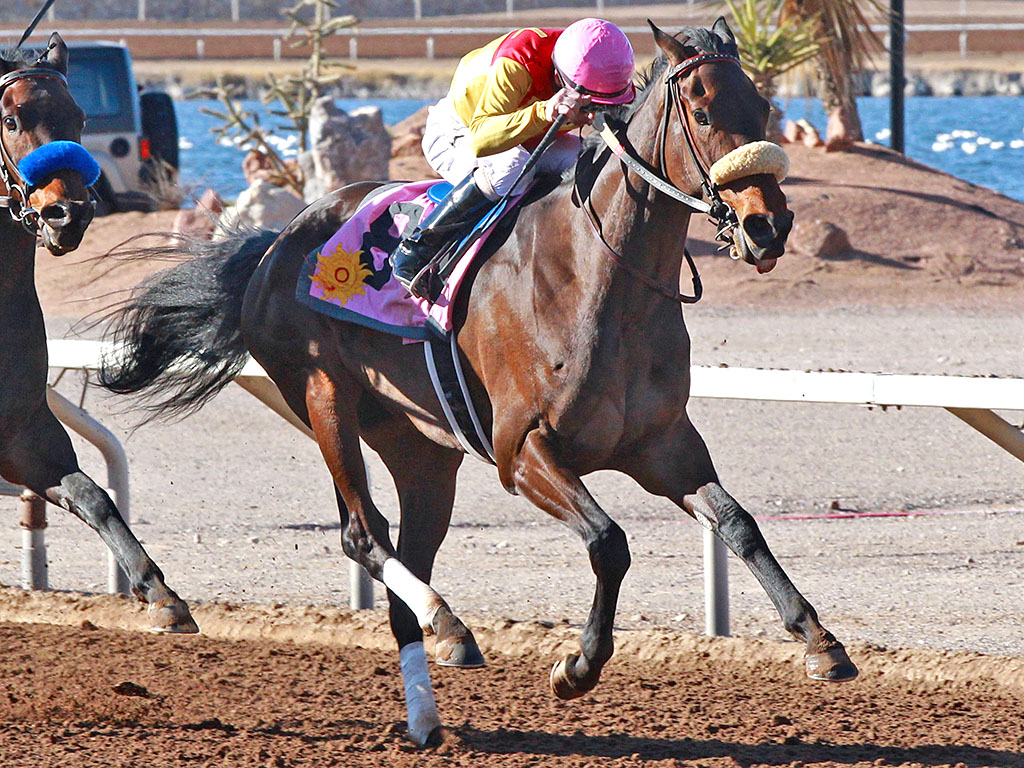 Stamping herself as a high quality three-year-old filly, Blamed made every pole a winning one in the $75,000 Island Fashion Stakes at one mile. Under jockey Ken Tohill, Blamed sped to an early lead and relaxed kindly on the lead while being chased by Kram. Blamed picked up the pace on the second turn and never looked back. The impressive El Paso Times Handicap winner roared through the stretch and won by an expanding 6 and one-half lengths. She won geared down in a powerful display of cruising speed. 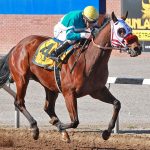 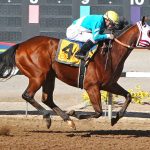 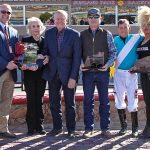 Kram held on to second place after chasing the favorite throughout the race. Laudation wound up one and quarter lengths back in third. 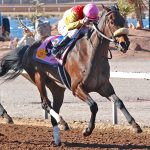 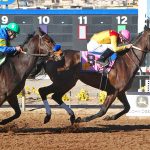 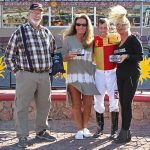 The Winsham Lad Handicap winner turned back a fierce late bid from Deputy’s Echo to win his second stakes race of the meet. The razor sharp five-year-old son of First Defence won by three-parts of a length in a driving finish in the one mile and one sixteenth feature for older runners. The 2-1 second favorite paid $6.60 and caught the distance in 1:44.48. Susan Arnett trains the 8-time winner 22 starts. Winning owner Richard Lueck of Northglenn, Colorado picked up a check worth $45,000.

Deputy’s Echo ran a strong race under jockey Duane Sterling. The runner-up is trained by Nancy Summers. Looks to Spare finished third. 6-5 favorite Blue Azui lead early before fizzling out in the stretch.