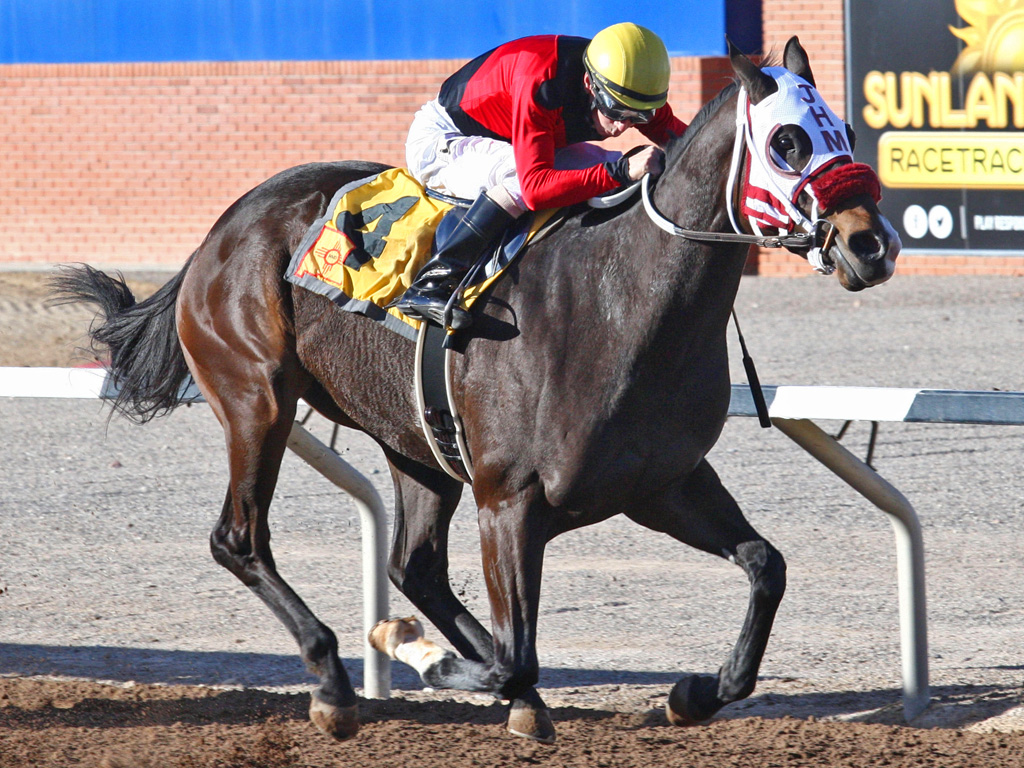 Hute forced the pace and repelled multiple challengers to take an exciting win in the 13th running of the $85,000 Red Hedeman Mile at Sunland Park Racetrack and Casino on Saturday. 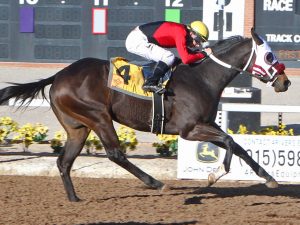 Under jockey Ken Tohill, Hute broke fast from the gates and immediately set a fast pace while pestered by a stubborn Reining Pesos and Storming Back for the first half mile clocked in 46.93 seconds. The recent maiden winner trained by Joel Marr got no relief from the get go but somehow kept on rolling and held a short lead into the stretch run. The well prepared 9-2 shot put away his rivals and found a second and third wind through the final yards of the one mile feature to win by one and one-quarter lengths over a fast closing Dom Strait. He stopped the clock in a fast 1:37.85.

The New Mexico-bred three-year-old Western Gambler gelding earned $51,000 in his first stakes triumph for owner Michael Stinson of Ft. Worth, Texas. Hute broke his maiden by 7 lengths in a one mile maiden race at Sunland Park on Dec. 30. Marr indicated the $100,000 New Mexico Breeders’ Derby at one and one-sixteenth miles on March 26 could be his next assignment. Hute paid a generous $11.00 on a $2 win ticket. His record stands at 2 wins, and 1 second from 4 starts. 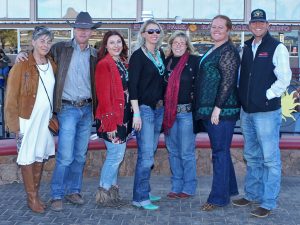 Dom Strait closed fast in the middle of the track to get second place. The runner-up ridden by Miguel Perez sparked a $2 exacta worth $72.60. Dom Strait was closing with interest for trainer Miguel Hernandez. He earned $18,700 for the Judge Lanier Racing Stable.

He’s Another Who, winner of the 4 Rivers/John Deere Stakes, closed quickly to get third after launching a 6-wide bid off the turn. Go For A Stroll, Storming Back, Reining Pesos and Red Duke Run rounded out the order of finish.