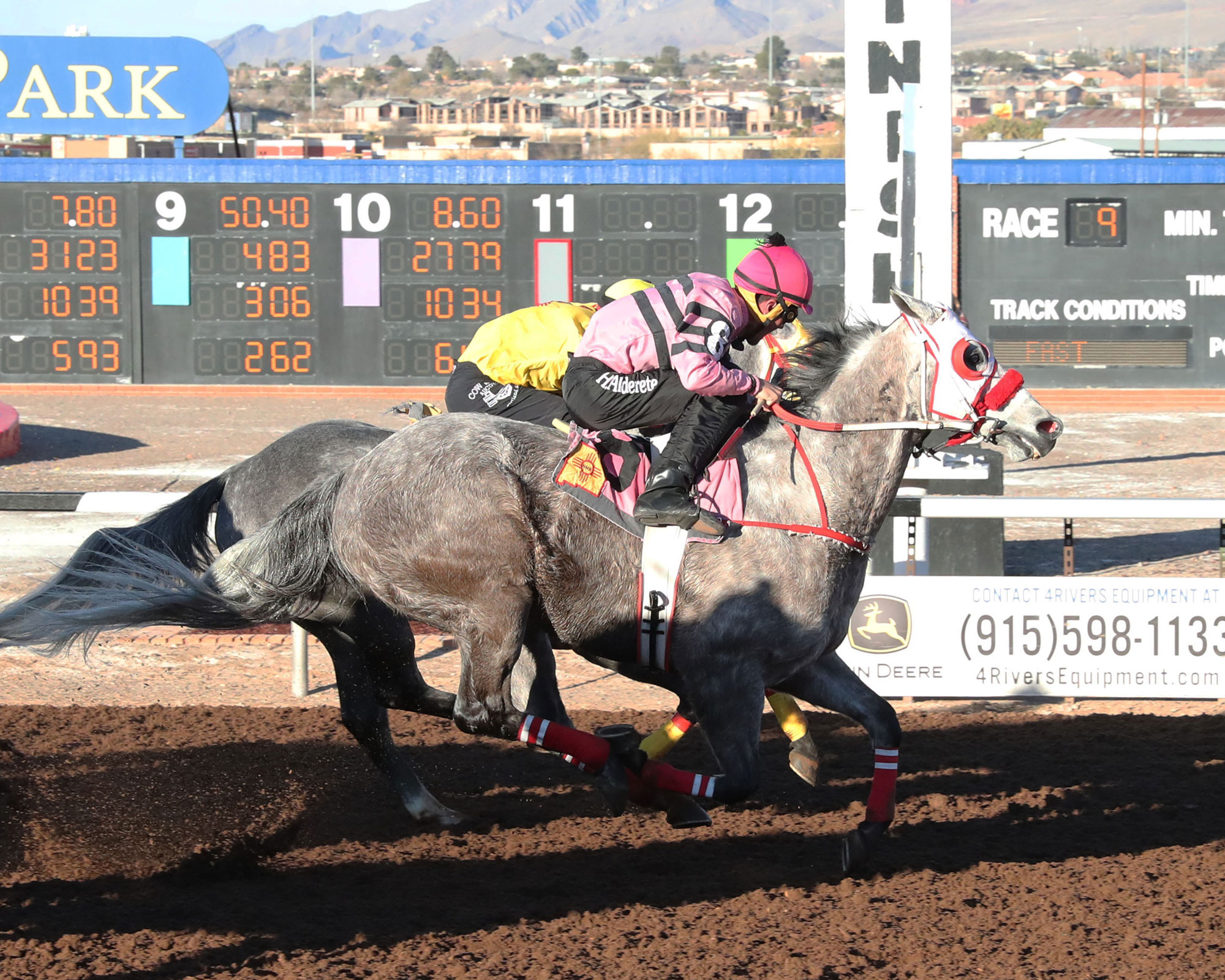 Hubaldo Solis’ hard-hitting HS Paul Walker rallied in the final yards to get his eighth lifetime win, scoring a victory in Saturday’s 25th running of the $100,000 Red or Green Stakes at Sunland Park Racetrack and Casino.

Ridden by Hector Aldrete for trainer Alfredo Gomez, Hs Paul Walker broke alertly from the gate and was prominent throughout the 400-yard event. Longshot Fly On Down appeared to have a decisive edge midway down the stretch under jockey Juan Carlos Rivas. Aldrete got busy aboard the 7-year-old New Mexico-bred son of Osbaldo, running down his rival in the final yards before posting a neck win, crossing the wire in a final time of 19.51 seconds and earning an Equibase Speed Index of 101.

Don Chuy C and jockey Adrian Ramos finished third, ahead of Jess Ring The Bell, who rounded out the top four finishers. Post time favorite Bigg Dee was never a factor in the Red or Green Handicap, finishing fifth under jockey Mario Delgado.

Sunday’s all-thoroughbred, nine-race card is headlined by a pair of stakes races, including the 22nd running of the $100,000 Corralito Steak House Stakes, with a field of nine state-bred sprinters racing 6 furlongs. The field is topped by morning line favorite Antonios Mark, trained by Dallas Barton and slated to be ridden by Oscar Ceballos. The Corralito Steak House Stakes will go as the eighth race on the card with a scheduled post time of 3:32 p.m. local time.

The ninth race on the card is the 30th running of the $65,000 Bold Ego Handicap, featuring 10 older female sprinters racing 5 1/2 furlongs. Hall of Fame trainer Steve Asmussen sends out 2-to-1 morning line favorite Ari Oakley, who will be seeking his first career stakes win and is scheduled to be ridden by Alfredo Juarez, Jr. Post time for the Bold Ego Handicap is set for 4 p.m.