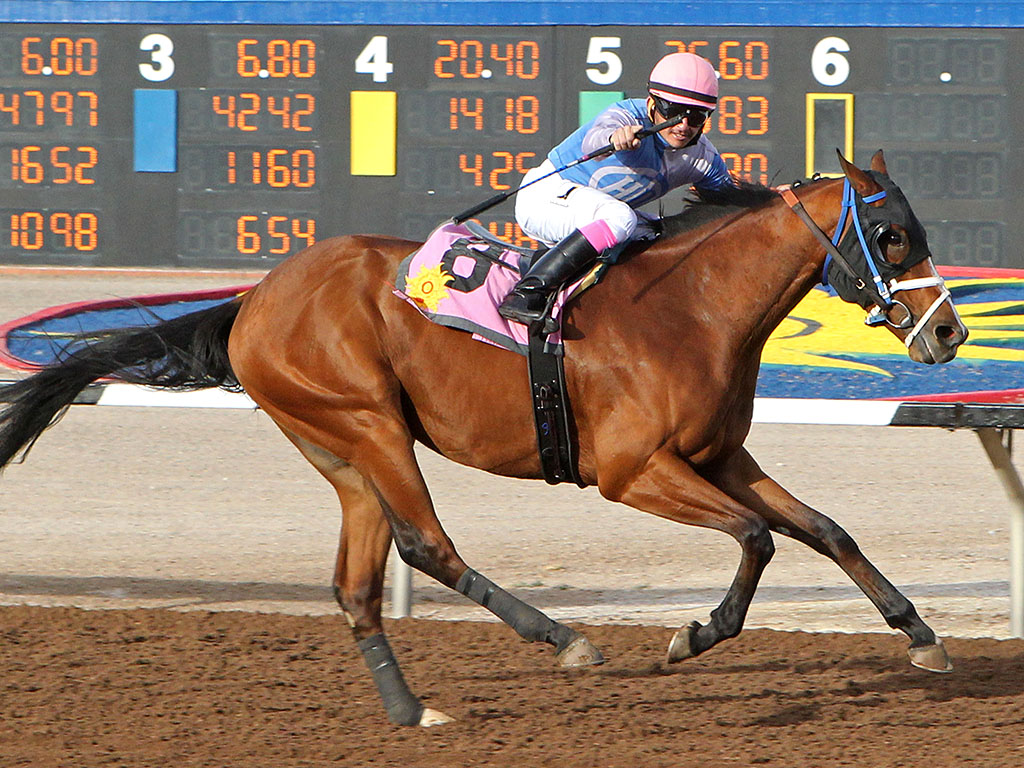 2017 Sunland Park Oaks runner-up Kell Paso returned to her favorite track and earned a smooth win in the $65,000 Bold Ego Handicap at five and one-half furlongs. Under a thoughtful ride from Aldo Arboleda, Kell Paso relaxed nicely into stride early just off a fast early pace. Rounding the far turn, the three-year-old Kentucky-bred daughter of Divine Park took over the lead while under a hand ride. She pressed forwardly eagerly when challenged by Diabolical Dame and held safe to win by one length. 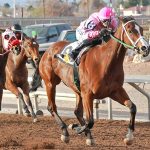 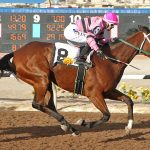 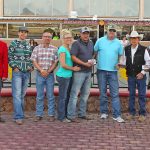 Blazing Navarone uncorked a wicked stretch run to win the $85,000 Four Rivers/John Deere Stakes in impressive fashion. Jockey Enrique Portillo Gomez rode his third winner on the day for trainer Henry Dominguez. The two-year-old son of Song of Navarone was in peak form in the 6 furlong stakes. He responded eagerly with a wide run at the quarter pole and blasted past his rivals. The 7-1 shot won by an expanding 3 and 3/4 lengths and paid $17.60 to win. 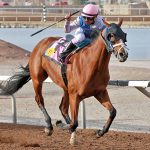 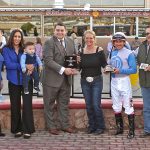 The newly crowned stakes winner caught the distance in 1:09.46. He earned $51,000 for owners George Coleman and Henry Dominguez. Blazing Navarone has 3 wins 2 seconds and 1 third from 7 starts and earnings topping $117,000.