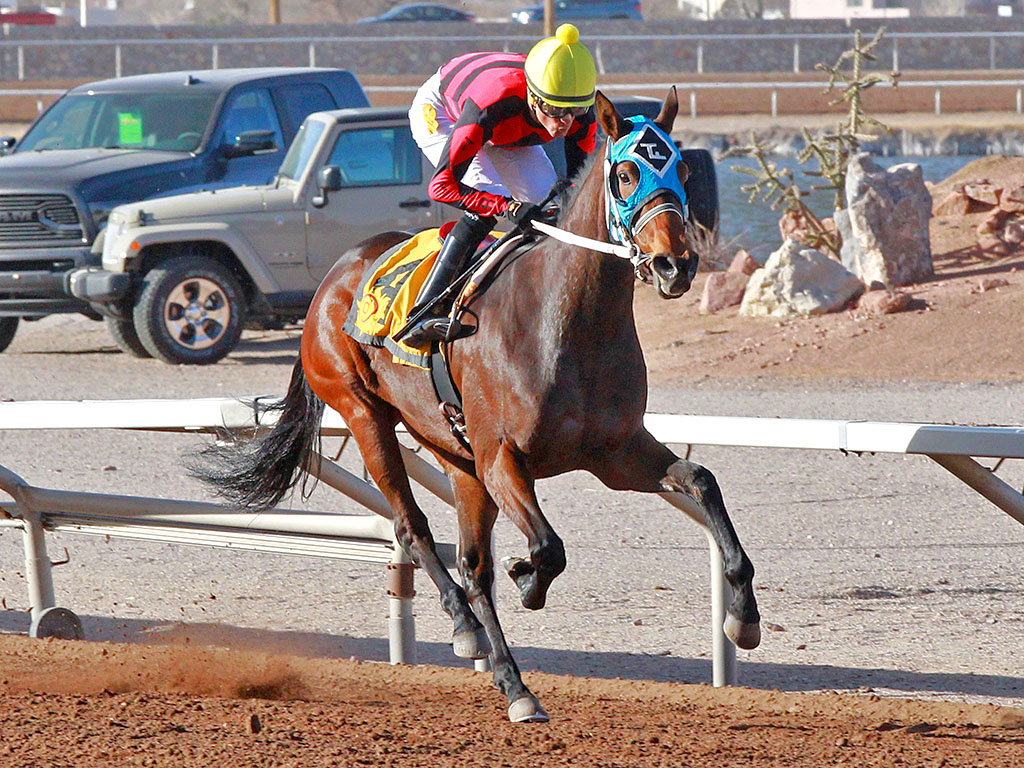 Hennessy Express led every step of the way to score a masterful 8 and 1/4 length victory in the $85,000 Enchantress Stakes at Sunland Park Racetrack Casino and Hotel on Sunday.

Jockey Roimes Chirinos allowed the front runner to settle into a smooth conservative stride heading into the backstretch of the one mile feature for New Mexico-bred three-year-old fillies. Hennessy Express responded in kind and had a ton of energy for the final quarter mile. The daughter of Roll Hennessy Roll shot well clear at the top of the stretch and was full of run with no rivals in sight. Todd Fincher’s filly scampered clear for the easiest of wins in a time of 1:38.11. The winner paid $19.20 on a $2 win ticket. 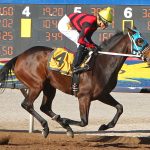 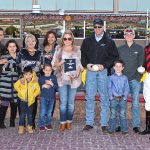 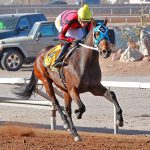 Hennessy Express was coming off a third place finish against the boys in the Eddy County Stakes at Zia Park going one mile and 70 yards on Nov. 22. She was ready for battle with some steady 6 furlong workouts. Hennessy Express earned $51,000 from her second career win for owner Dale Taylor.

Fast Gator, the 6-5 favorite, suffered her first defeat in 5 starts. The La Senora Stakes winner could never get untracked and was unable to show her speed. The 3-time stakes winner was forced to steady in tight quarters racing into the first turn. She and jockey Ry Eikleberry finished fourth, beaten over 16 lengths.

Blazing Navarone scored his second straight stakes win of the meet in the $85,000 Red Hedeman Mile. Racing as the 6-5 favorite, the Four Rivers/John Deere Stakes winner from Dec. 31 showed an affinity for the route distance and drew clear with authority to win by 3 and 1/4 lengths under leading rider Ry Eikleberry. 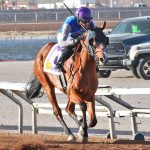 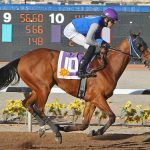 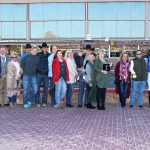 The Henry Dominguez trained charge had no trouble overcoming his wide #10 post position and tucked inside of runners heading into the first turn. The son of Song of Navarone was quickly picking off rivals at the half mile marker. He took dead aim on the pace setting Hollywood Henry on the second turn and took total control in the straightaway. The versatile bay gelding caught the one mile distance in 1:38.57. He paid $4.40 to win.

Blazing Navarone picked up $51,000 for owners George Coleman and Henry Dominguez. He is the first double stakes winner of the young meet and has earnings nearing $170,000.

Dominguez saddled the top two finishers in the Red Hedeman as Hollywood Henry held on for second place. The runner-up finished over 2 lengths in front of Western Warning.