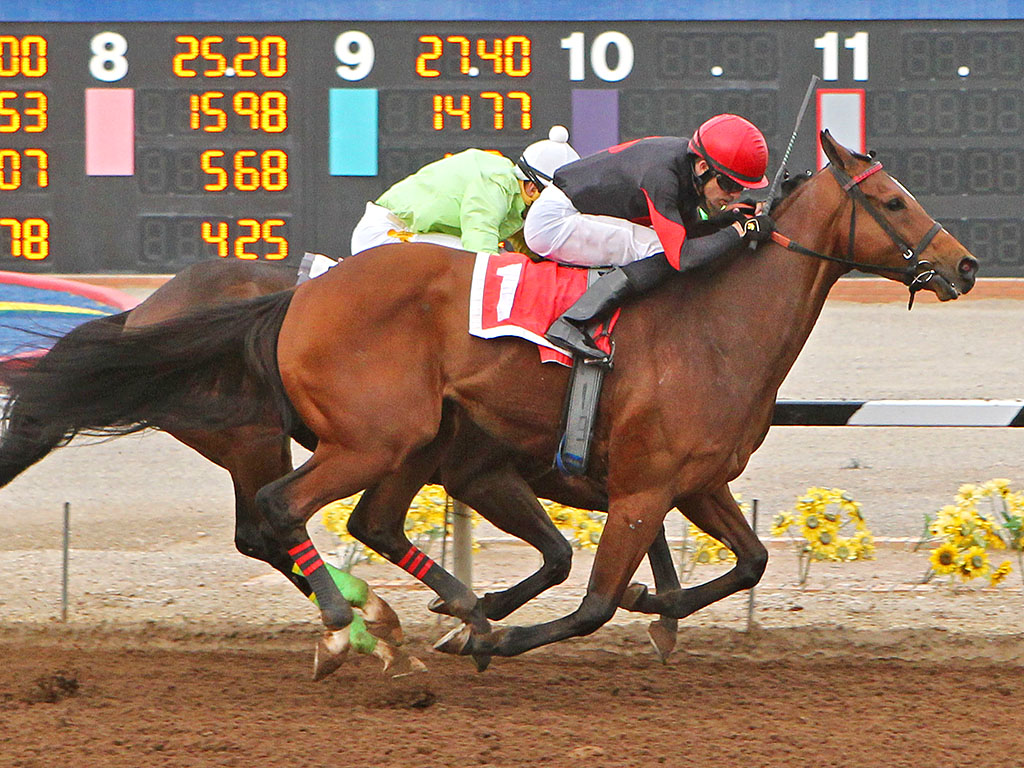 The durable Dubdubwatson continued his winning ways, scoring his seventh consecutive win on Tuesday at Sunland Park Racetrack Casino and Hotel. The winning machine held off a determined drive from Smack Ridge to win the 8th race at one mile and one-sixteenth.

Trained by leading conditioner Justin Evans, Dubdubwatson has won two in a row at Sunland Park and has been unstoppable since winning a $5,000 claiming race at Ruidoso Downs on June 23, 2017. The highly efficient router won twice at Ruidoso Downs, twice at Zia Park and once at Albuquerque last year. His formidable win streak is one of the longest in recent years in New Mexico.

The five-year-old gelding by Kipling owns 8 career wins from 17 starts. As a two-year-old in 2015, the promising runner finished second to Texas Chrome in the Gold Rush Futurity at Arapahoe Park in Colorado.

Jockey Ry Eikleberry has been aboard his last two local wins for owner Vanessa Evans of Santa Teresa, New Mexico.