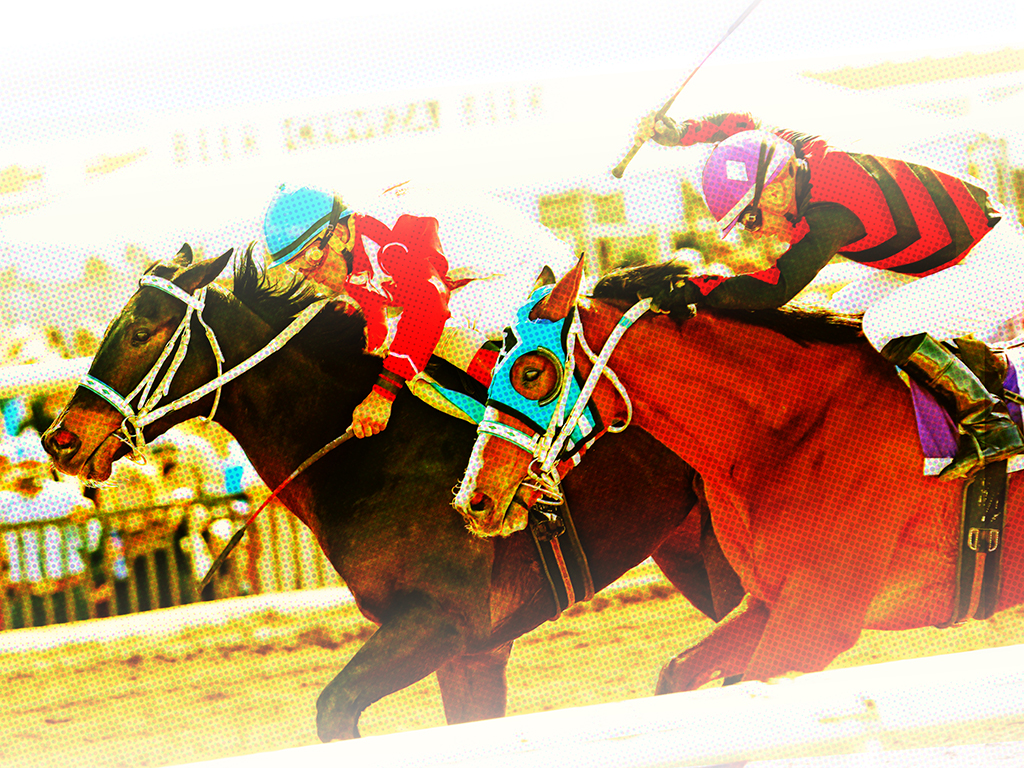 Runaway Ghost takes aim on $100,000 Mine That Bird Derby on Sunday

The locally based runner trained by Todd Fincher was a resounding winner in the Riley Allison Derby at one mile, winning by nearly 8 lengths on January 28. The tactical son of Ghostzapper showed an ability to rate and finish with a flourish. Under jockey Tracy Hebert, Runaway Ghost ran the final quarter mile in under 24 seconds and still had plenty left in the tank. 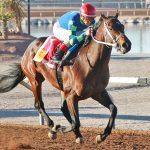 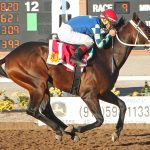 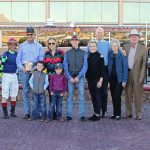 As a two-year-old, Runaway Ghost was campaigned in California and won the Golden Nugget Stakes at Golden Gate Fields last November. The bay colt also competed against highly rated Kentucky Derby hopefuls McKinzie, Instilled Regard and Solomini. He has earned over $143,000 from 3 wins in 5 career starts. He is tabbed as the 3-1 second favorite in the Mine That Bird Derby at one mile and one-sixteenth which is the final prep for $800,000 Sunland Derby (Gr. III) to be held on Sunday, March 25.

Winchell Thoroughbreds’ Reride is the 5-2 morning line favorite coming off a driving win in the Big Drama Stakes at Delta Downs on January 13. The Candy Ride colt trained by Steve Asmussen is two-turn tested and carries 3 wins from 4 starts. He broke his maiden at Churchill Downs last June and won an allowance at Keeneland over the turf course on October 25. The classy three-year-old gets Alfredo Juarez, Jr. in the saddle. Asmussen and Juarez, Jr. combined forces to win the 2017 Sunland Derby (Gr. III) with Hence.

Trigger Warning was very impressive in a local allowance victory on Feb. 13. He rumbled through six and one-half furlongs in 1:15 and won by over 7 lengths. The Candy Ride colt is trained by Albert Amparan.

The Island Fashion at one mile is the last local prep for the $200,000 Sunland Park Oaks to be held on Sunday, March 25. El Paso Times Handicap winner Blamed should be a major player. Joel Marr’s student set a ferocious pace and drew clear to win by over 4 lengths in the El Paso Times. Ken Tohill rides the daughter of Blame. 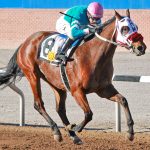 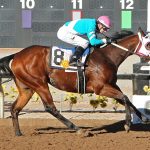 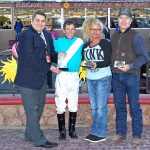 Blue Azul aims for his fourth straight win in the $75,000 Curribot Handicap at one mile and one-sixteenth. The Justin Evans trained charge has rattled through his conditions. In his most recent allowance win on February 6, Blue Azul confidently whipped stakes winners Forest Mouse and Sky Defense by open lengths. He is in career peak form. Frank Reyes rides the 3-1 morning line favorite.