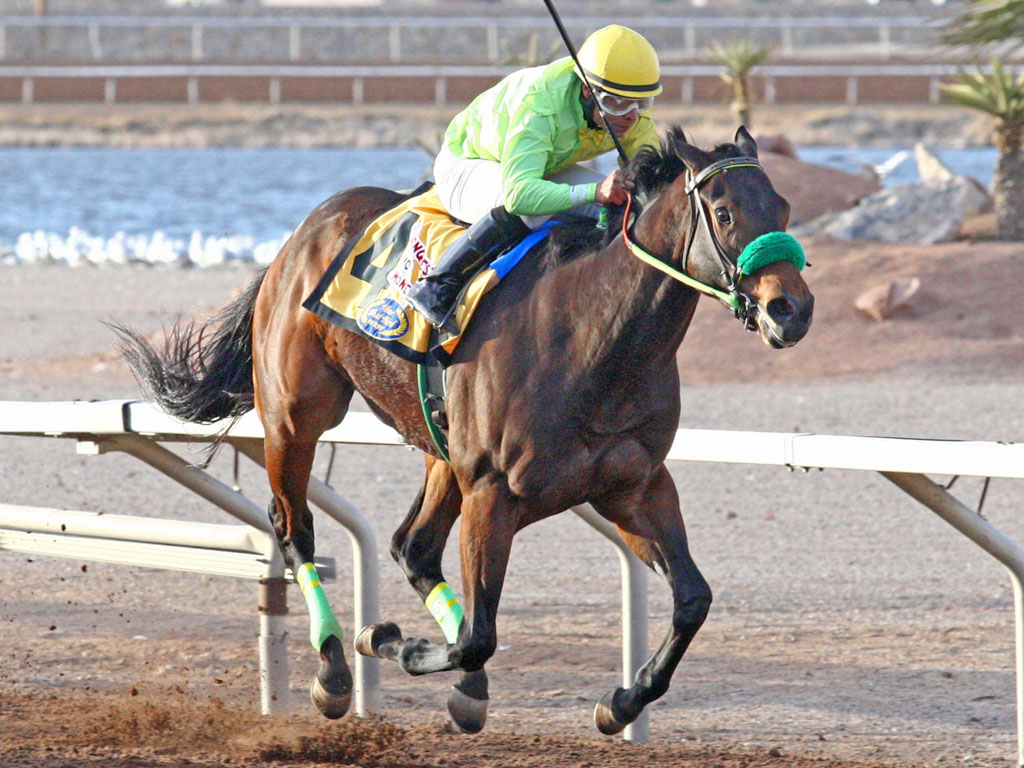 Conquest Mo Money turns back Irap to win $100,000 Mine That Bird Derby

Conquest Mo Money defiantly turned back Irap in mid-stretch to win the 17th running of the $100,000 Mine That Bird Derby at Sunland Park Racetrack and Casino on Sunday. 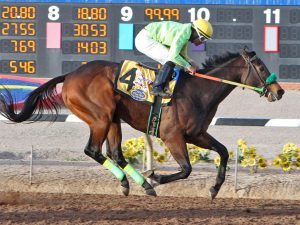 In the process, the locally based talent established himself as a major player in the upcoming $800,000 Sunland Derby (Gr. III) to be run on Sunday, March 26 which offer 50 qualifying points to the Kentucky Derby.

Under jockey Jorge Carreno, Conquest Mo Money attended a swift pace and set the tempo for the 1 and 1/16 mile feature. The Riley Allison Derby winner took the lead for good at the half mile marker. The determined son of Uncle Mo was challenged sternly by Irap at the top of the stretch but would not be denied. The unbeaten colt found an extra energy reserve and once again pulled clear to maintain his unbeaten status in three career starts. The 2-length winner clocked the distance in a fast 1:43.12.

Winning owner Tom McKenna of Judge Lanier Racing said, “Yes, I like what a saw today. Jorge rode him perfectly. He put him in the right spot at the right time. We prevailed. We have a good horse and he stayed with it. The Sunland Derby is next.” Judge Lanier Racing purchased the outstanding colt for only $8,500 at the Keeneland November Sale in 2016. He has earned $132,900 from three wins. 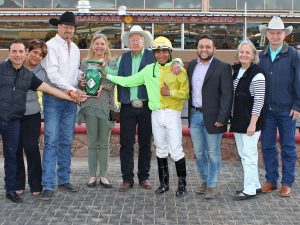 Coming off a rousing 11-length win in the Riley Allison, Conquest Mo Money was well respected in the betting and ran as a very close 6-5 second favorite. He earned $60,000 for his efforts. Miguel Hernandez is the winning trainer.

Irap came into the Mine That Bird with Grade 1 and Grade 3 stakes placed efforts in the Los Alamitos Futurity and Robert B. Lewis Stakes, respectively. The maiden was highly regarded and raced as the even money favorite. The half-brother to Speightstown trained by 2-time Kentucky Derby winning trainer Doug O’Neill looked menacing coming into the stretch run. Two-time Kentucky Derby winning Jockey Mario Gutierrez gave his mount a perfect trip, but the son of Tiznow could not get by the Sunland Park runner. The favorite had to settle for runner-up honors.

Oh So Regal, another Judge Lanier Racing runner, also produced a great race. The fast closing maiden encountered traffic issues on the far turn but kicked into high gear late to earn a fast closing third place under jockey Tracy Hebert. The horse to watch was only beaten 4 lengths.