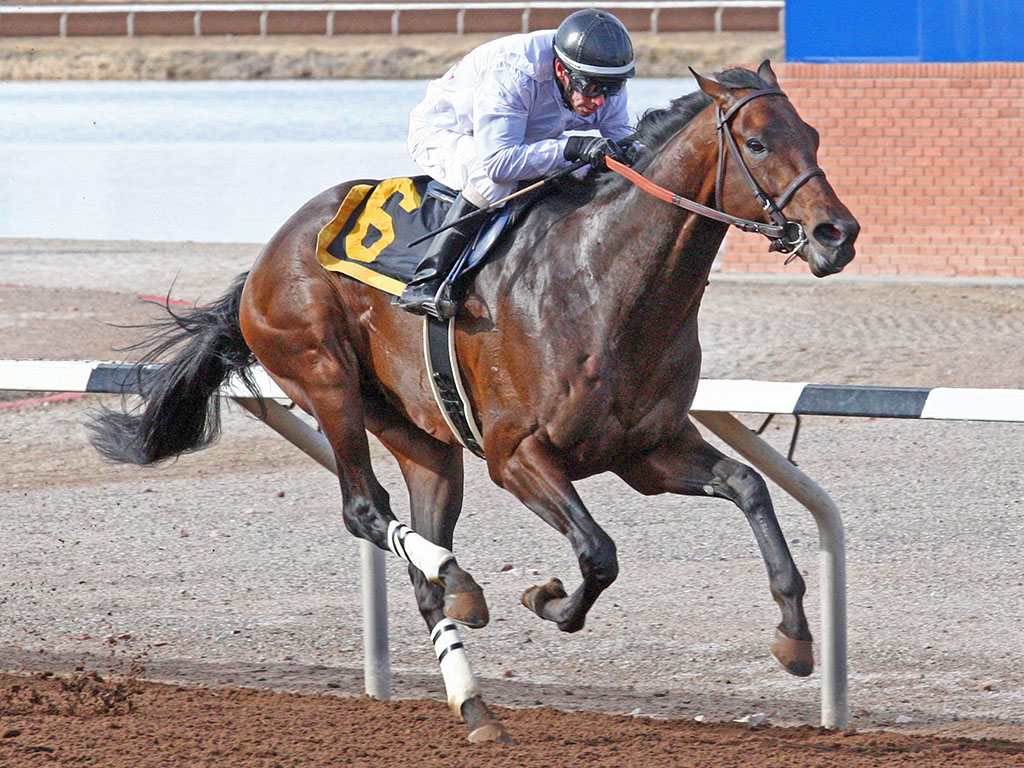 The rapidly improving American Dubai served notice on Tuesday by setting a new track record for one mile at Sunland Park Racetrack and Casino.

Racing as the even money favorite in a $31,400 allowance optional claiming event (4th race), American Dubai rocketed away to a 5-length victory over Let’s Meet In Rio and stopped the clock in an eye opening 1:34.50. The clocking broke the former benchmark of 1:34.62 set by Buddha Lady in 2008. Ken Tohill rode the high powered four-year-old E. Dubai colt for trainer Rodney Richards. The victory was the second straight at the meet for the imposing four-year-old runner. As a three-year-old, American Dubai was stakes placed in the Grade 3 Southwest Stakes at Oaklawn Park.

Klassic Strawfly is an 11-year-old with career earnings nearing $575,000. He set the top qualifying time with jockey Alejandro Medellin. Gbh Gunsmoke has won 3 of his last 4 starts and won his trial with speed to spare.

The West Texas Derby trials at 400 yards will comprise races 4 through 8.