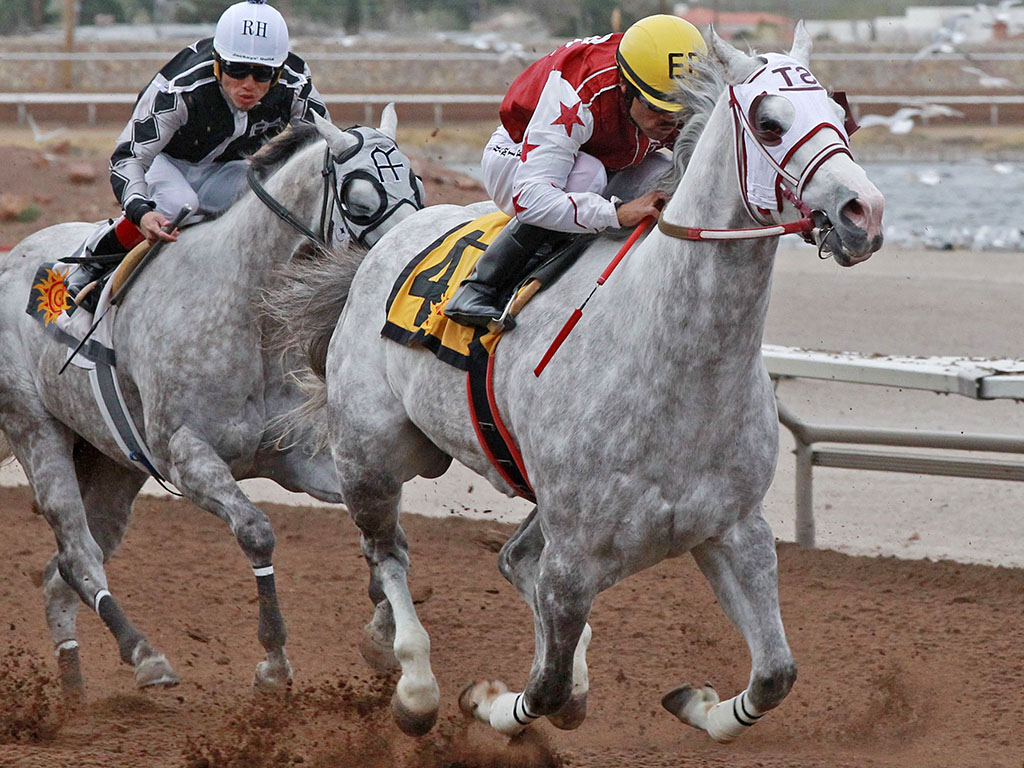 2016 All American Futurity winner Imperial Eagle showed his class once again to win the 31st running of the $102,482 West Texas Maturity (Gr. 3) at Sunland Park Racetrack Casino and Hotel on Saturday.

The big grey wore down a game Boogies Special Dash in a driving finish to win his fifth career stakes race. Under jockey Esgar Ramirez, Imperial Eagle produced his patented late kick to capture the 400 yard dash by a neck as the 2-1 favorite. The four-year-old son of One Famous Eagle gelding won by a neck in a time of 19.086 seconds, good for a 102 speed index. The victory reversed the results of the trials when Boogies Special Dash defeated Imperial Eagle. 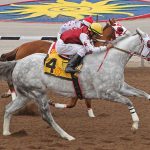 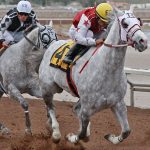 Imperial Eagle earned the lion’s share of the $102,482 purse and is now closing in on $1.9 million in career earnings. The champion 10-time winner is owned by Christina Robinson. His trainer is the popular Tony Sedillo. Imperial Eagle also won the 2016 Sunland Park Winter Juvenile Championship worth $200,000.

Boogies Special Dash dug in for battle and led mid-way through the feature. The son of Walk Thru Fire came up just short under jockey Adrian A. Ramos and had to settle for second place. The high powered stakes horse finished three parts of a length in front of Soar Like an Eagle.