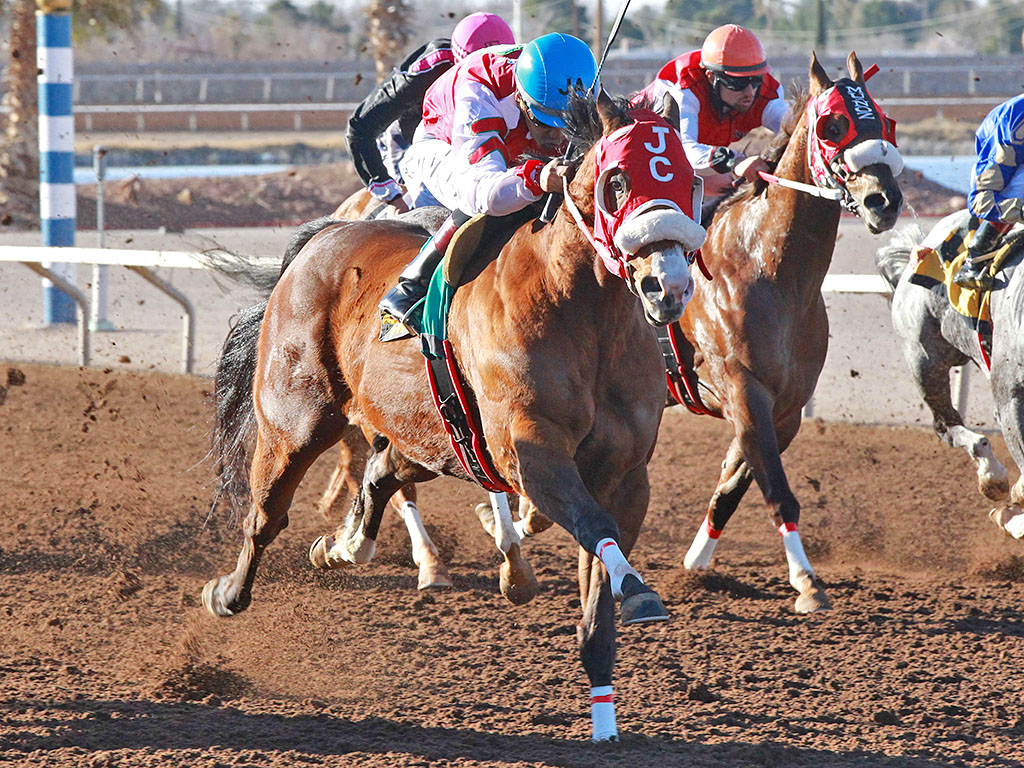 Much like his win in the $85,000 Dona Any County Stakes on January 28, Major Bites showed keen speed in the Mesilla Valley Speed Handicap and never let up on the throttle. The five-year-old gelded son of Jesse James Jr took control early under jockey Jose Alvarez. He steamrolled through the stretch to keep runner-up Hot Authorization at bay. The winner caught the distance in 17.11 seconds and won by a half-length in a confident looking performance. The timing earned a 102 speed index. The 3-5 favorite paid $3.20. 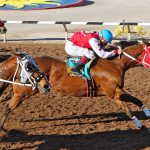 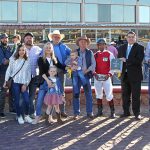 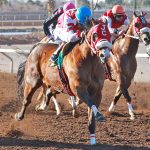 Major Bites is in the midst of a terrific campaign, running second in the Jess Burner Memorial Handicap and then collecting two consecutive stakes wins. He earned $51,000 for owner Israel Bordier. The winning conditioner is high percentage trainer Jesus Carrete. The multiple stakes winner has 7 career wins from 22 starts. His total bankroll is nearing $350,000.

33-1 long shot Comin To Your Town finished third, beaten one and one-half lengths. He sparked a $1 trifecta worth $99.20.